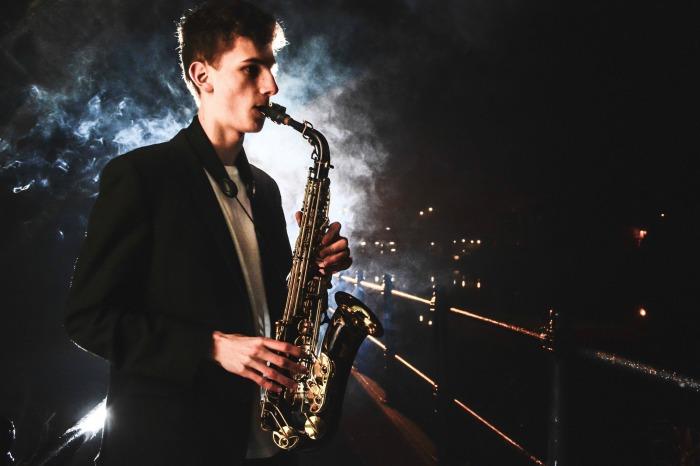 Alexander is based in London and frequently plays across the UK.

Alexander Bone is a young professional saxophonist, pianist and producer based in London. He is in the inaugural winner of the BBC Young Musician Jazz Award & he recently performed as a soloist on the Last Night of the Proms, broadcast on BBC TV and radio to 15 million viewers. He has worked closely with artists including Rudimental, Nile Rodgers, Newton Faulkner & Kylie Minogue. He has performed at venues including the Royal Albert Hall, The Royal Festival Hall and the Westminster Houses of Parliament as well as many jazz festivals and clubs in the UK and has also performed for Her Majesty The Queen and Prince Edward. Although not at a club.

Alexander currently studies at the prestigious Royal Academy of Music, and previously studied at Chetham's School of Music.

Alexander can play sax, piano or DJ in any style for your event from his incredibly extensive repertoire. This includes background music (jazz, smooth) to high-energy music (house, drum & bass, pop) and everything in-between.

He can plan your event as totally bespoke, for example, he can start with chilled background music and progress to higher energy music as the night goes on. He can provide DJ sets in any style, as required, from current pop/dance music to older classics, as well as deep house, RnB, hip hop and drum 'n bass. He also plays sax whilst DJing and often leaves the booth whilst playing his sax to dance with the crowd.