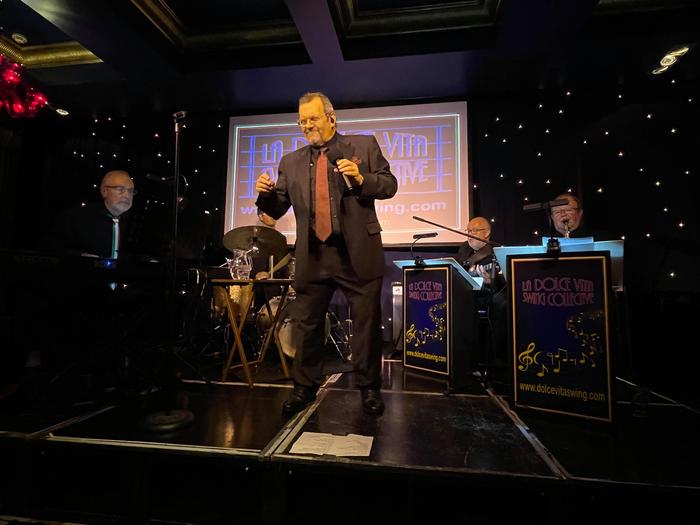 The band is based in Edinburgh, performing throughout Scotland and the North East of England.

If your wedding day, corporate event or special occasion requires some of the finest live music around then - La Dolce Vita Swing Collective - with their portfolio full of some of the greatest songs ever written could well be the ones to send your event off with a swing!

La Dolce Vita Swing Collective has some of the best professional jazz musicians around. Through their repertoire, the band pay homage to the greats of the Rat Pack Swing artists such as: Nat King Cole, Frank Sinatra, Tony Bennett and many other classic performers from this era. The band make full use of vocalist, Tony Delicata and his Italian roots performing many of those sumptuous much-loved Italian Dean Martin classics!

This band can add a touch of individuality to your event by adding one or two songs of your choice that may be personal to you. Whether it's a first dance, a father and bride dance or simply your favourite crooner song.

La Dolce Vita Swing Collective can also map out an entire day of entertainment for you using their rich resources that enables them to offer add on packages such as band, dance floor lighting, dancing on clouds and retro disco roadshow as well as a packages including daytime background music all with the knowledge that everything will be provided to the highest standard possible.

La Dolce Vita Swing Collective come equipped with their own self-contained sound system which would suit most venues.