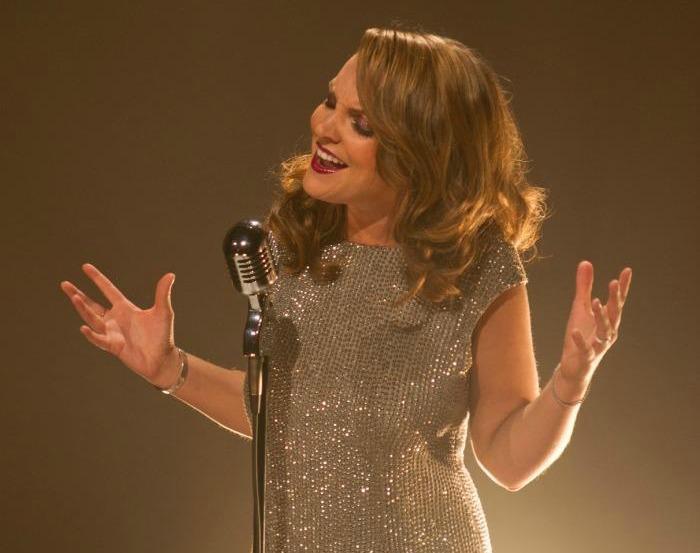 This act is based in Glasgow but regularly play across Scotland and the rest of the UK.

Glasgow based solo wedding singer Hollie Burns is one of the best and most in demand singers in Scotland. Having performed at hundreds of weddings and corporate events all over the country and having even toured with the band Status Quo as their support act on their European tour, Hollie has the experience, stage presence and talent to hold her audiences attention and create a buzz wherever she performs.

Hollie was a contestant on X Factor 2010 where she wowed the judges and audiences with her own version of 'Creep' by Radiohead which increased the song's downloads overnight and put the song back in the charts. Hollie's career has also taken her to Las Vegas where she performed live on the famous strip.

Add a touch of class to your event with Hollie Burns and book early to avoid disappointment!

"I recently saw Hollie perform at The Radisson Hotel in Glasgow. This was a real five star performance and the audience were captivated by her. She has a voice far more mature than her tender years and certainly knows how to entertain! Hollie performed a great mix of genres which appealed to everyone. I'm sure we'll be hearing a lot more of her in the future. This girl delivers!"
- Deborah Welsh Press Consultant, The Scotsman

"A real professional, Hollie is an extremely good singer. I was blown away"
- Gregg Jackman - Grammy award winning producer for likes of Tom Jones, Enya, Paulo Nutini and many more

"My wedding was amazing, thank you for such an amazing performance, our guests will be talking about it for many weeks to come"
- Lisa Marcell - owner of The Caves, Edinburgh

"Hollie made our night! all our guests have been raving about her since, thank you so much for the perfect night!!!"
- Rachel Duncan

Romantic songs
All of Me - John Legend
At Last - Etta James
The Power of Love - Gabrielle Aplin
A Thousand Years - Christina Perri
Make You Feel My Love Adele/Bob Dylan
At Last - Etta James
One Day Like This - Elbow
For Once in My Life - Stevie Wonder
L.O.V.E- Nat King Cole
Let's Stay Together - Al Green
You've Got the Love - Florence & The Machine
Skyfall - Adele
Have I Told You Lately - Rod Stewart/Van Morrison
Candy - Paulo Nutini
Wonderful World - Louis Armstrong
Your Song - Ellie Goulding/Elton John
I Put a Spell on You - Nina Simone
Diamonds - Rhianna
Rule the World - Take That
Someone like you- Adele
Use Somebody - Pixie Lott/Kings of Leon
The Way You Look Tonight - Michael Bublé/Fred Astaire
Wherever You Will Go - Charlene Soraia/The Calling
Stand by Me - Ben E. King
Will You Still Love Me Tomorrow - The Supremes/Amy Winehouse
My Girl - The Temptations
Marry You - Bruno Mars
Yellow - Coldplay
Paradise - Coldplay
I'd Rather Go Blind - Etta James
Stay with Me - Sam Smith
Let There Be Love - Nat King Cole