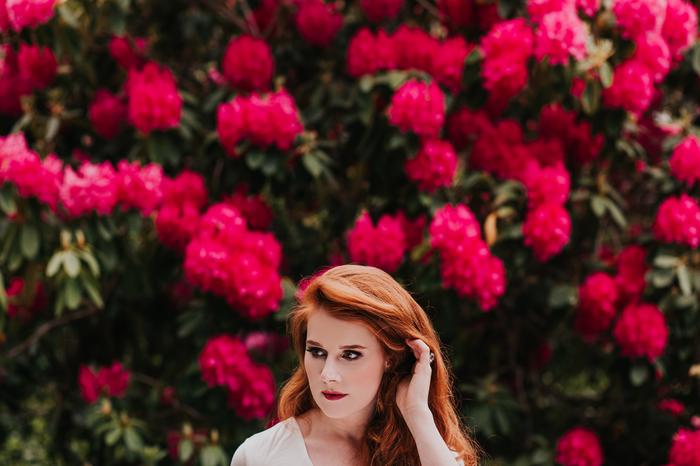 Based in Glasgow and happy to travel for events.

Hannah Rarity is an award-winning Scottish folk (BBC Radio Scotland Young Traditional Musician of the Year 2018) and contemporary singer, currently based in Glasgow.

After graduating from the Royal Conservatoire of Scotland in 2016 with a First Class honours degree in Scottish Music, she went on to tour internationally (Japan, America, Europe, UK) with the acclaimed Irish-American band 'Cherish the Ladies', appeared in several projects for the BBC including 'Hogmanay Live' and performed with the Royal Scottish National Orchestra on several occasions. Growing up surrounded by her parent's varied music taste, which included many genres and influences, Hannah has a passion for song and has professional experience of performing many styles of music. Her vocals have been praised for their ability to connect and move the listener, having been compared to such talents as Eva Cassidy and Cara Dillon: "Beautifully engaging vocals, thoughtful interpretations of traditional songs...in the same league as the likes of Cara Dillon when it comes to softly-sung tender emotion...” — fRoots Magazine.

Personable and adaptable, Hannah is able to provide a personalised experience for your wedding or event and tailor the music to the setting and mood you wish to create for your special occasion. She is also happy to recommend material from her vast repertoire of folk and traditional song.

Hannah's pure, crystal clear vocals and thoughtful interpretations of songs have also seen her named 'One to Watch in 2018' by The Scotsman.

"Warm-toned yet delicately poised, it demonstrated Rarity’s ability to utterly inhabit a song" - The Scotsman

"Listening to Hannah Rarity’s gently intoxicating voice is one of those simple pleasures that you’ll want to repeat, safe in the knowledge that listening to her glorious vocals can do you nothing but good.” — FolkWords

“Her amazing vocal talents really showed on last song...She took Stewart’s words and imbued them with a sadness that surpassed the original version – hard to believe if you weren’t there to see it.” — Oak and Thorn