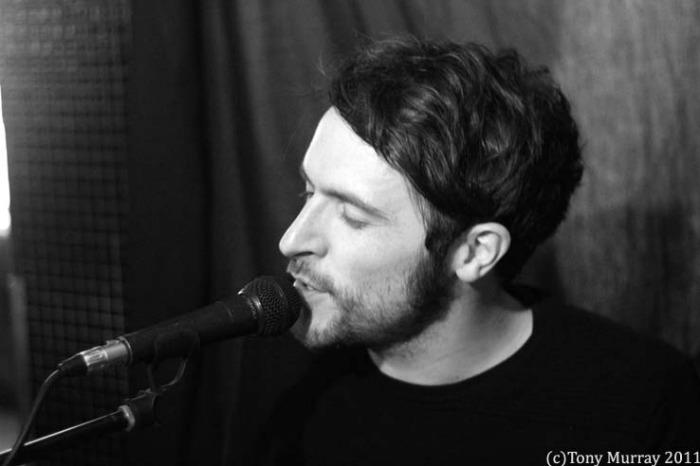 Andy is based inbetween Glasgow and Edinburgh, and plays all over Scotland!

Andy Lucas is a pianist and singer based in Scotland, and available for gigs/weddings/functions or session work anywhere in the UK.

He has worked as a professional musician for over 10 years, and is now one of the most in demand piano-vocalists in the country. From piano lessons with an eccentric old teacher at the age of 6, to years spent honing his skills in piano bars and restaurants and stages across the UK and Europe, he has developed a style that is unique and popular.

He is resident pianist in The Corinthian Club (Glasgow), The Living Room (Edinburgh and Glasgow) Browns Bar and Brasserie (Glasgow) and also has played in The Balmoral Hotel (Edinburgh), Dirty Martini in LeMonde - Edinburgh, The Granary in Leith, Fingers Piano Bar in Edinburgh, The Blue Dog, Urban Bar and Brasserie. He regularly plays for wedding ceremonies/drinks receptions across Scotland.

He has played live on TV and radio, and backed some of the country's finest musical acts, including The Gospel Truth Choir, JJ Gilmour, Nate James, Roddy Hart, Maeve O'Boyle, as well as supporting Sir Tom Jones, Ocean Colour Scene, 10cc, Amy Macdonald, Beverley Knight and Sir Paul McCartney's son James as well as a host of others.

He is also a songwriter, and release music on his own label Crimp Records. He has recently had a song placed in the BAFTA Award winning Scottish film "Fast Romance" and has had two top 20 hit songs in Lebanon.

If you are planning a wedding, function or private party, or are a bar/restaurant owner looking to have top quality live piano with or without vocals then please get in touch via Freak Music.

"Thank you for your help - what a fantastic night we had on Wednesday.

Andy was fantastic and played all the tunes we had wanted and then sussed out our style and continued on with tunes we have known, forgotten for a bit and still love so we found ourselves singing along before and during dinner.

He couldn't have been more helpful and fortunately saw the funny side when our puppy managed to pull his power lead out. I couldn't recommend him highly enough, a true professional, with pizzaz and fantastic voice.

"Damian and I hired Andy Lucas for our wedding on Friday 23rd August. I just wanted to drop you guys a note to say that he was fantastic!!

We went to hear him play at the Living Room and were sold immediately. He was really helpful in the planning and we let him judge what music to play on the day, which he got spot on. Our wedding reception went like a storm because of him. He was enthusiastic and charming to our guests, everybody loved his music.

We would be happy to have him at another function in the future and would definitely recommend him to friends and family.

Please pass on our gratitude for a job well done. We couldn't have been happier.

Have I told You Lately - Van Morrison
Moondance - Van Morrison
Crazy Love - Van Morrison
She - Elvis Costello
Kiss From a Rose - Seal
Most songs by the Beatles!!
You Do Something To Me -Paul Weller
Make You Feel my love - Adele
You Are So Beautiful- Joe Cocker
Wonderful World- Sam Cooke
The Heart Asks the Pleasure First- "The Piano"
Glasgow Love Theme- Love Actually
The Feather Theme-Forrest Gump
Lets Stay Together- Al Green
God Only Knows- Beach Boys
Let There be Love- Nat King Cole
Unforgettable-Nat King Cole
Lately- StevieWonder
You Are the Sunshine-Stevie Wonder
One Love- Bob Marley
Moonlight Sonata- Beethoven
Walk on By/Close to You,This Guys in Love With You, What The World Needs Now, Say A Little Prayer-Burt Bacharach
How Sweet it is-James Taylor
You Got a Friend - James Taylor
When Youre in Love with a Beautiful Woman- Dr Hook
Your Song, Daniel- Elton John
Just The Way You Are-Billy Joel
Always a Woman - Billy Joel
Wonderful Tonight- Eric Clapton
Piano/Vocal
Creep - Radiohead
She's Electric - Oasis
Wonderwall - Oasis
﻿Lady Madonna-The Beatles
Honky Tonk Women-The Rolling Stones
Bad Moon Rising-Creedence Clearwater Revival
Proud Mary - Creedence Clearwater Revival
The Way It Is - Bruce Hornsby and the Range
​May You Never- John Martyn
Maneater - Hall and Oates
The Way You Make Me Feel- Michael Jackson
Let There Be Love - Nat King Cole
Fly Me To The Moon - Sinatra
The Way You Look Tonight - Sinatra
Mr Bojangles - Sammy Davis Jr
Lil Ol' Wine Drinker Me, Aint That a Kick in the Head – Dean Martin
Lovely Day/Aint No Sunshine - Bill Withers
Breakfast In America - Supertramp
​Is She Really Going Out With Him - Joe Jackson
Mr Blue Sky - ELO
Brown Eyed Girl - Van Morrison
You Shook Me All Night Long - AC/DC
Teenage Kicks -The Undertones
Time of your Life- Greenday
Sweet Child O'Mine - Guns and Roses
How Sweet it is- James Taylor
You've got a friend - Carol King
You Got a Friend In Me - Randy Newman
Broken Stones - Paul Weller
You do Something To Me - Paul Weller
Going Underground - The Jam
Girls and Boys - Blur
Sunny Afternoon - The Kinks
Hit The Road Jack- Ray Charles
How Long (Has this been going on)- Ace
Go Your Own Way - Fleetwood Mac
What the World Needs Now - Burt Bacharach
Lately - Stevie Wonder
Is this Love - Bob Marley
Amazing Grace- Gospel
You are so Beautiful - Joe Cocker
A Million Love Songs- Take That
Aint No Sunshine - Bill Withers
You Got The Love - Candi Statton
​Crazy Little Thing Called Love- Queen
Ol'55 - Tom Waits
Feels LIke Home - Randy Newman