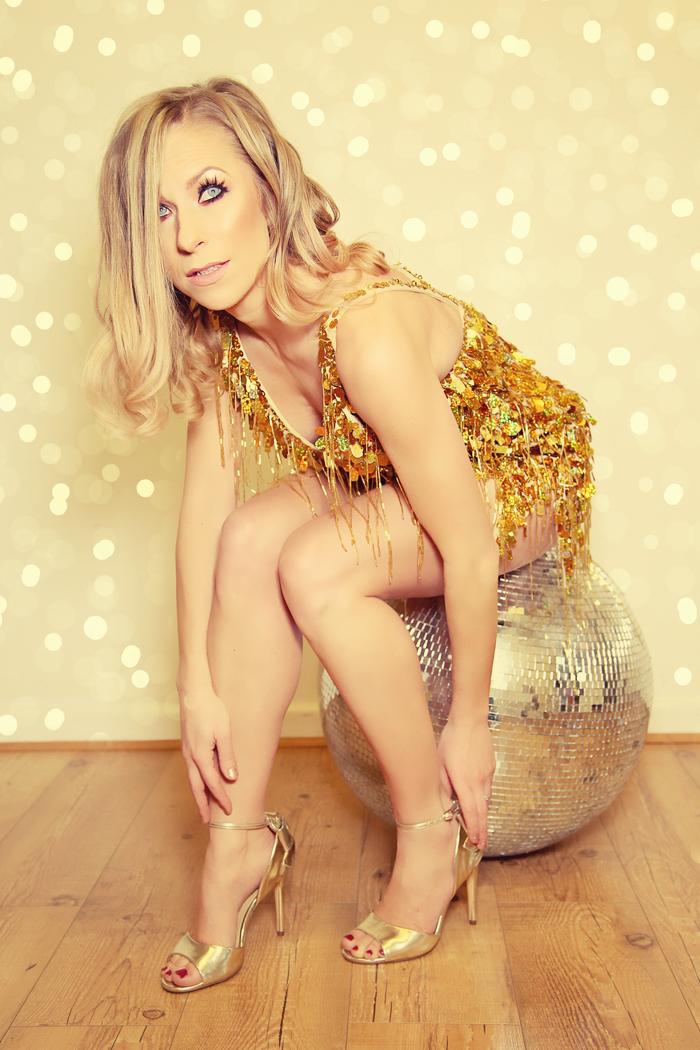 Carol has been performing the Ultimate Kylie tribute show since 2001 and has performed all over the UK with this phenomenal show. She has performed in casinos, nightclubs, hotels, holiday camps, private parties and corporate events. The show has also taken her to Spain, performing at the famous BCM nightclub in Majorca with Tony Hadley (of Spandau Ballet) and as far as India performing at a huge televised event in Lucknow and Mumbai. She has even wowed a 50,000 strong audience as pre–match entertainment for The Super League Grand Final at Old Trafford Football Club.

It is easy to see why she has been pinned as the best Kylie Minogue Tribute in the business. She bears an uncanny likeness to the pint sized Princess of Pop and alongside the striking visual resemblance; it is extremely hard to tell their vocals apart with several clients commenting that the live vocals were identical to Kylie herself! Carol is also a professional dancer and choreographer and certainly sparkles up the stage with her charisma and stage presence.

The Ultimate Kylie Show steps back in time to the 80s and 90s with all of Kylie’s most memorable hits and includes her current day disco and country classics with a huge repertoire of songs to choose from. The show can also include impressive costumes changes, replicated from Kylie tours throughout the years.

The show can be fully self-contained, is available to book as a solo or with backing dancers and also with glamorous showgirls for corporate events.

If you want a show with a touch of class, that will leave you spinning around – then this is the only show to book.

Can't Get You Out of My Head - Kylie
Love at First Sight - Kylie
In Your Eyes - Kylie
On A Night - Kylie
Please Stay - Kylie
Come into My World - Kylie
Red Blooded Woman - Kylie
Fever - Kylie
Slow - Kylie
I Believe in You - Kylie
All the Lovers - Kylie
Kids - Kylie
Time Bomb - Kylie
Wow - Kylie
HandOn Your Heart - Kylie
Never Too Late - Kylie
What do I Have to do? - Kylie
Wouldn’t Change a Thing - Kylie
I Should be so Lucky - Kylie
Step Back in Time - Kylie
Better the Devil You Know - Kylie
Shocked - Kylie
Locomotion - Kylie
Celebration - Kylie
Spinning Around - Kylie