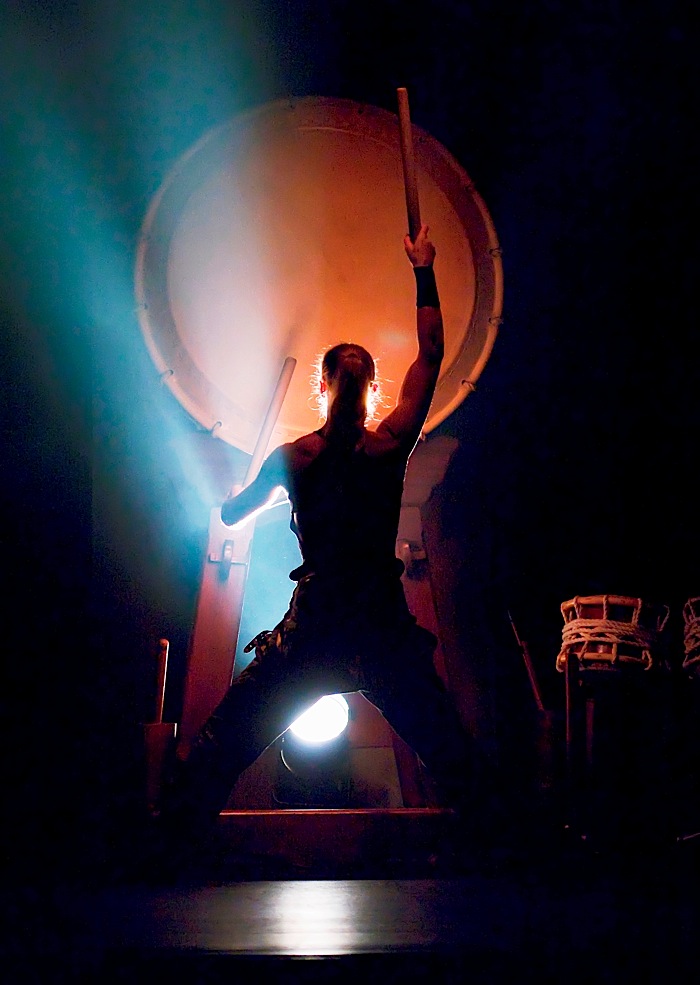 The band are based in Glasgow but regularly play throughout Scotland and the rest of the UK and Europe.

The Mugenkyo Taiko Drummers are a dynamic and vibrant new Taiko group, representing the Mugen Taiko Dojo, the UK's Centre for Taiko Drumming. Taiko drumming is a highly visual and exciting art form, and performances have thrilled audiences at every occasion.

Performances consist of both traditional Taiko Drum pieces and also modern compositions, which are energetic and highly choreographed. The Mugenkyo Taiko Drummers use the full range of Taiko Drums, from a visually impressive one and a half metre diameter skin Drum to small high-pitched Drums for fast and precise rhythms, and also various Percussion, all top quality instruments imported especially from Japan.

All members of the group have trained intensively at the Dojo for several years, performing at various events including large sporting events such as the Worthington Cup Final at the Millennium Stadium in Cardiff, Scotland v. Japan International Rugby Match at Perth Stadium, Osprey v. Wasps New Stadium Opening in Swansea, and various outdoor festival appearances in UK and Ireland as well as many corporate events and private engagements across the UK.

A Taiko drumming performance by the drummers is a highly focused, perfectly synchronised, thrilling spectacle and an unforgettable experience.

Testimonial
"Your performance of Taiko Drumming provided the perfect dramatic and spectacular opening to our evening and wholly captivated our audience. For many, it was their first opportunity to see traditional Japanese drums played live, and you presented them with a rare and magical sense of Japanese culture."
-- Mr. Shuhei Takahashi, Consul General of Japan