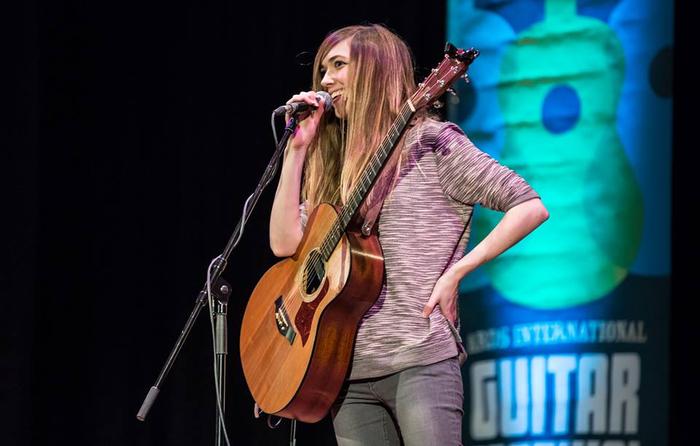 Becky Langan is based in Rochdale. She does however perform at concerts in various locations around the UK and is happy to travel for events.

Born in Rochdale, Becky Langan is a percussive fingerstyle guitarist who employs a combination of extended techniques that explore the outermost reaches of the acoustic guitar. With over 13 years playing experience, Becky unleashes her creativity by performing incredibly complex instrumental acoustic guitar compositions at concerts around the UK. Having attended numerous master classes from her main inspirations, Becky employs the use of unique alternative tunings, two-handed tapping, percussive tempos and natural harmonic melodies drawn from her inspirations Andy McKee, Jon Gomm, Maneli Jamal and Thomas Leeb. To this day, Becky has approximately 5000 online YouTube subscribers, and her channel has rapidly grown an appreciative audience from all over the world.

​Becky was a semi-finalist on Guitar Star 2016 (Series 2) which aired on Sky Arts - a TV show which scours the UK to discover a world class guitarist. Throughout this competition, she recorded at Abbey Road Studios with producer Tony Visconti and received mentor sessions from many iconic musicians, including; Tony Iommi, George Benson, Wilko Johnson, Jon Gomm and Preston Reed.