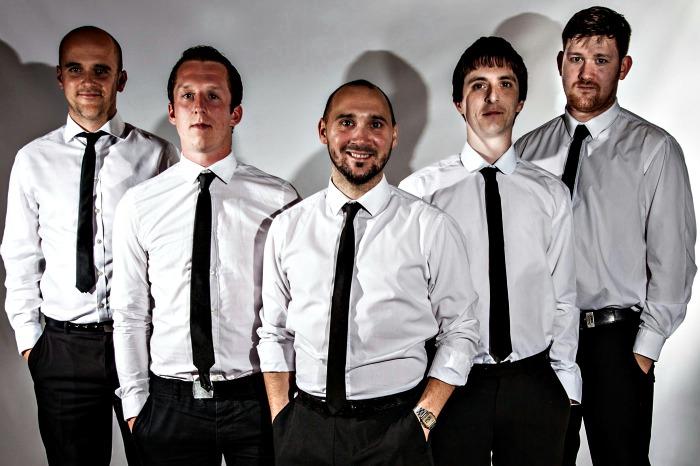 Band of Covers are a North West based band. Band embers live in Wigan, Warrington and Manchester. Most of their gigs are local but they are very happy to travel within a 50 mile radius and if needed will travel further.

Band Of Covers started out in the summer of 2012. They are all friends born and raised in Wigan, Lancashire. BoC play classic rock and indie songs that you won't normally hear live. Unless of course you see the real thing. They aim to please but they do so with the goal of keeping the listener guessing what is going to come next.

Band Of Covers have a wide repertoire and play songs by Paul Weller, David Bowie, The Rolling Stones, The Verve, James, Coldplay, Kings Of Leon, The Smiths and many more. If you like your live music fresh and honest and are tired of hearing the same songs played at every wedding or birthday party then you won't be disappointed.

"We booked BOC for our wedding and we are so glad we did... They were absolutely fantastic! I was drawn to them as they didn't do the normal wedding tunes that every other band does. They only play the songs they love and respect and it shows in the performance because these guys have is a great mix of modern and classics tunes in their repertoire that they play with vigour, intensity and aplomb. They had everyone up dancing. I myself am a fully qualified musician so I know what I'm talking about when I say musically these guys are tight and their replications of each song has a very high level of authenticity. Believe me that isn't easy with some of the songs they perform. I also want to give a big shout to the DJ who played all the right tunes before and after the bands sets that kept the crowd dancing till the early hours. If you are looking for a proper rock band to provide the entertainment for your event I definitely recommend BOC. They are a great bunch of lads and are very professional. I would certainly book them again. Cheers guys. Awesome!!!"