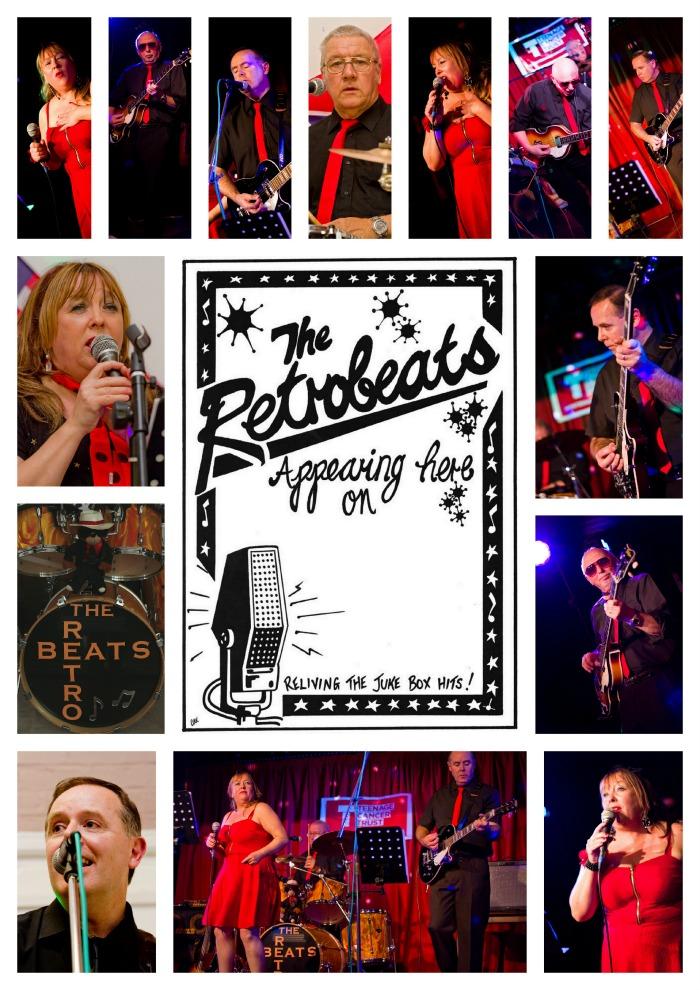 The Retrobeats are based in Warrington in the North West and perform across Cheshire, Lancashire, Merseyside, North Wales, Yorkshire, North Midlands and beyond.

The Retrobeats are a Cheshire based 4 piece live band playing pop and rock 'n' roll hits primarily from the 1950s and 1960s with a few more modern numbers thrown in. Featuring both male and female lead vocals and with full dance floors and regular return bookings a testimony to their performances, they cover a wide variety of material by artistes ranging from Elvis Presley to The Beatles, Connie Francis to Dusty Springfield, The Drifters to The Turtles and a host of one hit wonders too. With a lively stage presence, they perform a truly varied range of great songs from a golden era of popular music. The Retrobeats can also tailor their performances for specific rock n roll or Sixties sets if required.

The band are based in the North West of England and perform across the region at social clubs, weddings, private parties, charity events, festivals etc... in fact anywhere requiring great danceable music from a live band.

The band consists of drums, bass, tambourine and guitar with two main vocalists enabling them to handle a wide variety of songs with harmonies and backing vocals.

The Retrobeats are a self contained band with compact, high performance equipment (fully PAT tested of course) and have public liability insurance. Backing tracks are never used and all the music is performed by the band at a comfortable volume. They will always endeavour to be as flexible and accommodating as possible to ensure your event is a success.

By prior arrangement, using their PA system, the band also offer a DJ service providing background music before and between the band's performances and music to dance to afterwards to round off the night.

Songs we do include...