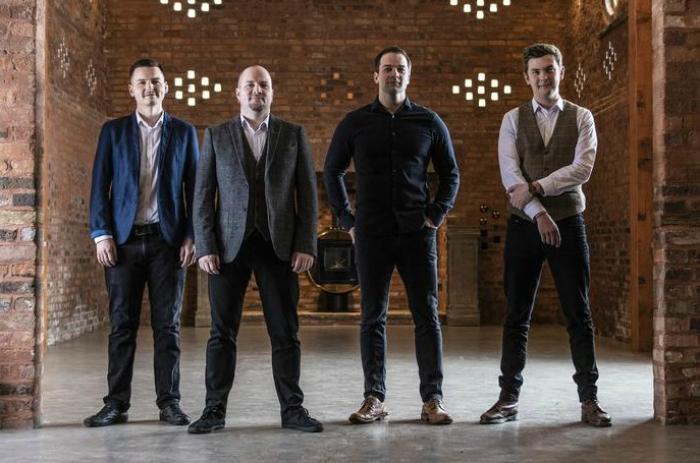 The band are based in the North West, and play regularly in this area and around the country

Harlequin deliver an explosive mix of party classics and chart toppers. Their medleys and mash-ups are what they’re known for, along with a proven track record of packing out dance floors and creating unforgettable nights.

All of the players they use are full time musicians, guaranteeing unrivalled quality. The sets are 100% live, with no backing tracks whatsoever. They use the latest advances in technology to replicate songs in a way that very few bands are capable of. So, if you hear a flute come out of nowhere don’t be alarmed – that’s probably just Joe and his crazy future guitar…

They have played at almost every kind of event imaginable, from steamboat cruises on the Thames, to playing to in excess of 15,000 people at Twickenham stadium – and everything in between. This makes them extremely well equipped to handle any kind of event, and cater to people from all ages and walks of life.

Harlequin was established in 2010, and has been growing in demand and popularity ever since. They have played at countless weddings, parties and events, and are one of the most experienced function bands in the country. Their live shows are tried and tested, including end-to-end sets of the nations most loved songs and party classics, giving you and your audience a night that you’ll never forget.