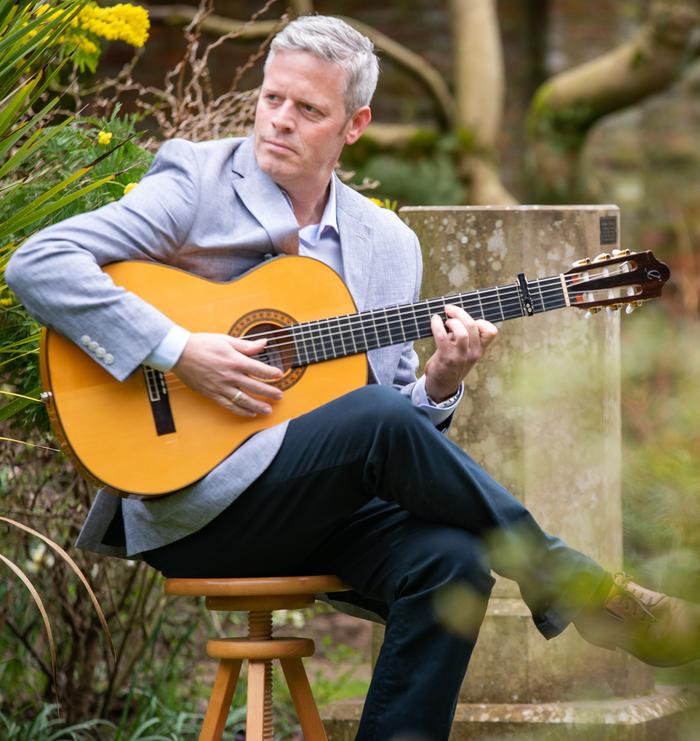 Glenn is based in Manchester and plays extensively in the North West and across the UK.

Glenn is a professional flamenco and Spanish guitarist based in Manchester. He has performed numerous solo gigs and his work has appeared on many recordings. He has studied with some of the leading guitar teachers including Juan Martin (UK) and Francisco Morales (Seville), and has performed with numerous world music artists including Nitin Sawhney, Aref Durvesh, Guy Schalom, Sheikh Taha, Giuliano Modarelli and Nizar Rohana.

He brings passion and flair to his music which combines traditional falsetas with his own technically excellent improvisations. As well as his solo work, Glenn is the guitarist for ‘Calaita - flamenco son’ and flamenco dance troupe Candela. He is also the composer and producer of the ‘Jadid Ensemble’, Arabic, flamenco and Turkish fusion.

He started to learn classical guitar at the age of eight and has studied at various music colleges including Dartington College of Arts and University College Salford, where he took a degree in popular music and sound recording. Since then, he has been working as a professional guitarist, composer and producer in the UK.

Glenn started to play flamenco in the mid 1990s and since then it has been his passion. He now performs regular solo concerts and in bars and restaurants and private functions. He plays a mixture of improvised flamenco and traditional Spanish guitar which is perfect for themed events or for background ambience.

- The event was a great success and Glenn was excellent. I will certainly bear you in mind again should we hold another similar event. (Nikki Morton, Fox Hayes Solicitors)

- Glenn was excellent and went down well! (Fiona, Mint Events)

- The event was fabulous - everything went without a hitch! Glenn was wonderful and so professional, he looked fantastic. I would certainly use you all again. (Nightingale House Hospice)

- Glenn was absolutely brilliant and did a fantastic job – he’s so talented. He even did longer than he should have so it was v. good of him. (Hospitality Action)

- Glenn was superb on the day, it was everything we expected and more - many people made comments saying how good he was - I totally agree. The day was a great success. If I were planning a function I would choose Glenn again. I would be grateful if you would pass these comments on to him. Also thank you for your assistance in this, it helped the day go smoothly.

- "I wanted to reiterate my thanks to both the guitarist and dancer for a fantastic performances at the Gallery today. They were both absolutely superb and received excellent feedback from visitors and staff alike. Around 670 visitors watched the performances which are some of the highest visitor figures we’ve had for a music and dance performance. Visitors gave the guitarist a standing ovation after his one hour solo set which I’ve never seen in the Gallery. Some visitors sat in front row seats from 12:30 - 3:30pm just to get the best view! Thanks for your help with facilitating these performances. We’re very much looking forward to his return to the Gallery on the 20th August." Jo Keenan, Liverpool Museums

- "A belated but big 'thank you' for a wonderful session on the 20th June. Your guitar playing was outstanding, and the sound that you created with the oud was remarkable. Fantastic all round. I hope we have occasion to book you again. You are a truly talented musician and we are honoured that you could perform at our celebration." Geoff and Ali