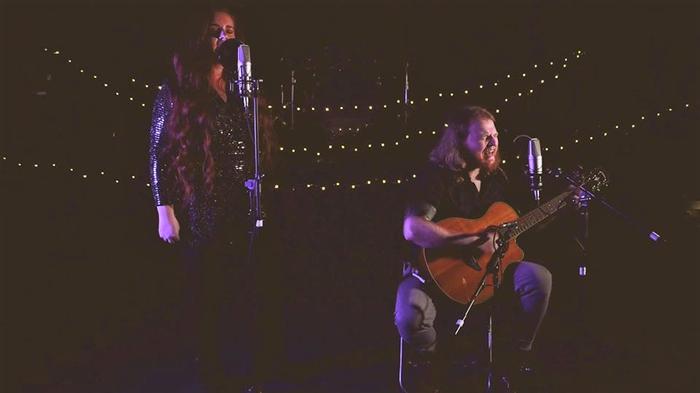 Routes Duo are based in Oldham and play in the following areas, Manchester, Middleton, Oldham, Royton, Bury, Heywood, Bolton, Ashton, Stockport, and Saddleworth

In 2019 good friends Beckie and Tom decided to pool their musical efforts and form Routes Duo. Following playing open mic nights together to a positive reception, the two decided it was time to step it up and make the duo an official musical outfit. Beckie had been singing in bands and as a solo artist for several years when she met Tom. Tom also has an extensive history in music, with a first class honours in musical performance, arrangement and live sound; As well as a history playing in both original and covers/tribute bands.

Using each others unique vocal range and musical skills the duo set about creating a repertoire of both known classics and more modern music. Tom's extensive knowledge of musical performance coupled with Beckie's charismatic stage presence and strong vocals , has resulted in not only a dynamic set of songs but also an energetic performance to boot.

Routes Duo are a versatile act, they are able to play more relaxed fit scenarios including lounges, restaurants and cocktail bars, as well as more upbeat and exciting environments such as pubs, functions and private events. Both members of the duo are professional musicians, capable of learning songs to tailor fit a setlist to any event.