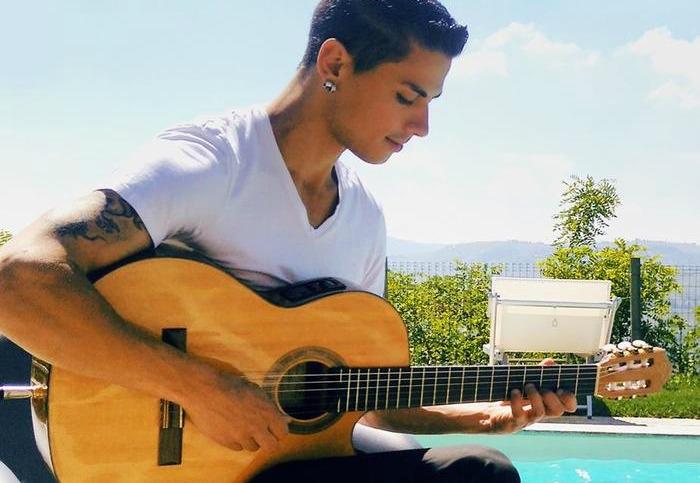 Dian is based in Manchester and happy to travel for events.

Dian Stefanov is a Manchester based Spanish guitarist with a wide repertoire of specially arranged pieces from classical to jazz.

He began learning to play the guitar when he was seven years old, his first teacher was the renowned Rumen Pasev. In 2000 he was accepted into The National School of Arts “Dobri Hristov” in Varna. In parallel with the Classical Guitar Dian also studied Jazz with his teacher Alexander Petkov.

In 2004 he participated in the Masterly Class of Georgy Vasilev. He also took part in National and International Competitions and Festivals. In 2008 he graduated from high school and in 2009 he was accepted as a student in National Musical Academy in Sofia by Prof. Pancho Vladigerov majoring in pop and jazz guitar. In 2013 he graduated with a Bachelor of Arts degree and a year later with a Master’s degree.

In 2012 Dian began teaching the guitar to Children in Bulgarian Private Schools and in 2014 he started work as a Solo Guitarist in “Bodega”. the Famous Spanish Restaurant in the Sofia, and for three years Dian popularity has grown and his personality and talent have added much to the success of the Restaurant.