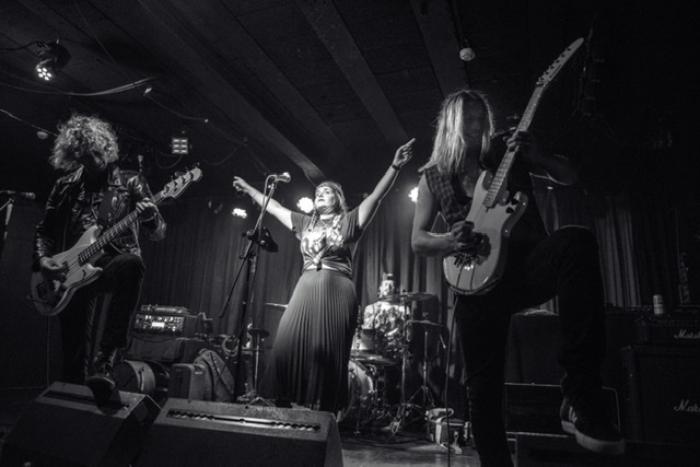 Rather than being a typical cheesy tribute to one band these guys the real deal. The type musicians that you would see in any original rock & metal band but they play songs from all of their favourite bands from the 70’s, 80’s and 90’s with such passion and enthusiasm that they leave you feeling like you have just discovered those legendary bands for the first time. Everything from Fleetwood Mac, Pearl Jam, Van Halen, Bon Jovi, Motley Crue, Guns n Roses, Motorhead to Alice in Chains and Foo Fighters. Not to mention the personal touch they give each song from their own styles of playing they are fronted by an incredible female vocalist which really gives these hits a unique edge.

A classic set from the De Rossi Incident will usually start off with a few balls out 80’s classic tracks with blistering solos, galloping riffs and hi energy vocals that is guaranteed to grab everyone’s attention from the room. Usually in the middle is when they like to pay tribute to the classic MTV unplugged and pull out the acoustics for some classic grunge and sing along anthems. They have been known to pull people out of the crowd to join them singing or in some cases play guitar for a song if they know it!

Don’t think that these guys are just a bar band either, they have played two corporate events for adidas including one all acoustic gig and another opening for RUN DMC at the adidas 70th birthday event in front of 3000 people!

They have been hailed as the most authentic Rock & Metal party band!