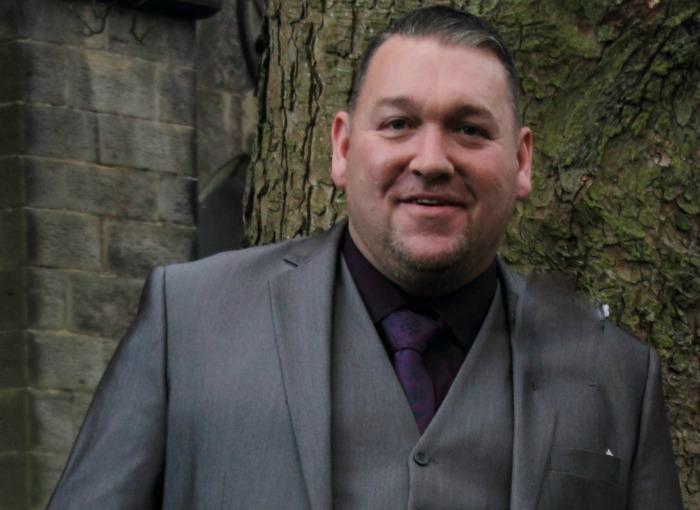 Mark comes from the small historic market town of Barnard Castle in County Durham and plays regularly throughout the North of England.

Mark Hodgson comes from the small historic market town of Barnard Castle in County Durham in the North East of England and has been performing professionally since June 2007. Mark has entertained extensively throughout the North East of England as well as further afield in the UK, having entertained in pubs, clubs, hotels, casinos, holiday camps and residential homes, receiving rave reviews wherever he goes with his audience friendly banter and participation.

He is regularly booked for presentation nights, charity events, weddings, anniversaries and birthdays and now with the addition of a fantastic lightshow he can also provide a disco as well to cover your whole nights entertainment.

Nominated for Best Newcomer in 2009 and also a nominee for Male Vocalist of The Year 2011-2012 in North East Clubland, Mark has helped raised money for Cancer Research UK, Help For Heroes, North East Air Ambulance and Disadvantaged Children to name but a few.

Mark is puts on a brilliant show jam packed with number one hits specialising in the Swing, Rat Pack, 50s, 60s and Rock 'n' Roll eras superbly, Mark also throws in a little bit of the Motown, Country, Doo Wop, Rockabilly, 70s, 80s and 90s for good measure. With a fantastic vocal range he not only sings feel good songs but also has the ability to interact with his audience and make the whole night feel as if they have been part of his show.

Mark can also provide a full DJ service as an added extra and with superb lightshow and special effects to compliment the show.

"Mark came to entertain us in a house we'd rented for the weekend to celebrate our silver wedding anniversary. Thankfully the sun shone and mark was able to perform in the garden, with everyone dancing around him. Mark's playlist covered all genres and there really was something for everyone to enjoy. A really friendly chap, with a beautiful voice, I'd highly recommend mark and would certainly book him again. Thank you Mark!"
- Denise Pearson - Escape Hot Tub House - 30th June 2018

"I booked Mark Hodgson for a christening and was very impressed all of the guests thought he was brilliant and alot of them wanted his name to book him for future events. I would definitely recommend him his singing if fantastic and he made a fabulous atmosphere was worth every penny."
- Alix Moran

"I've performed with top tributes, performers and bands over the years and sung to celebs in places such as THE SAVOY in London and I can say that Marks show is as entertaining as they come. Strong vocals, witty banter and an ability to make each person in the room feel he is singing just for them...now I wish he could teach me that trick!"
- Bootleg Bowie Tribute Act