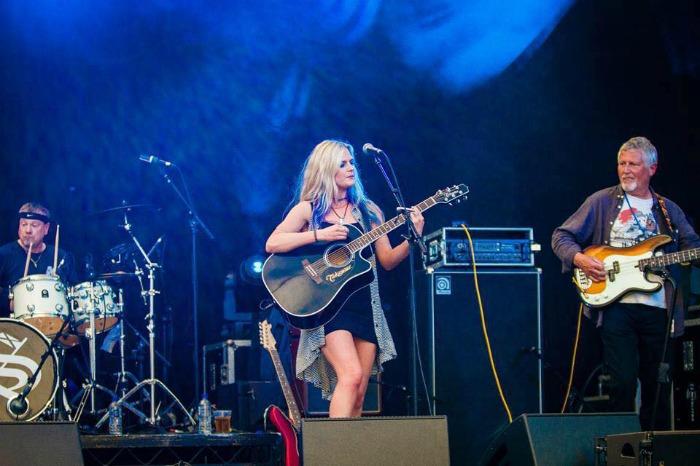 The band are based in Newcastle and play across the North East including Scottish Borders, Lake District and North Yorkshire

Blistered Molly are a female fronted rock band from the North East. The band originally started out as an all female acoustic trio in 2012. Over the years they have performed in a wide range of venues, a pinnacle highlight being the O2 arena in London. The band gradually grew from this point and they soon recruited a talented rhythm section and powerful lead guitarist, creating the full band experience. With this outfit they have travelled all over the UK, including a short tour in Ireland, and have played a number of notable festivals, sharing the stage with artists such as Toploader, The Jam and Simple Minds (XSM). The band have built up quite a significant following since their birth in 2012.

The band's true passion is Classic Rock music. They primarily cover songs from the 70’s and 80’s by artists such as Guns 'n' Roses, AC/DC, Fleetwood Mac, Led Zeppelin and The Kinks. They have been performing in various venues across the North East for over three years and specialise in weddings, festivals, corporate events, bars and clubs. As well as the cover songs, they also have a catalogue of their own original material which has clear influences from the artists they embed in their usual set list.