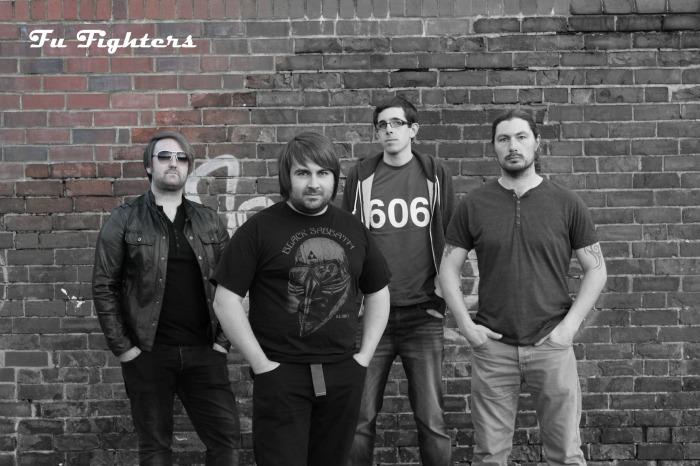 Fu Fighters are based in the North East of England and frequently play (but not limited to) pubs/club around Northumberland, Tyne and Wear and County Durham.

Fu Fighters - a tribute to the amazing Foo Fighters playing the greatest hits from all 7 studio albums. The band is made up of 4 guys who have a love for the Foos and a passion for playing their songs.

Band was initially formed by Kevin and John, two guys who have known each other for years and played in a number of bands together. Kevin or "Dave Grohl" is an amazing guitarist who not only looks the part but sounds the part with his vocal ability. John or "Chris Shiflett" easily stepped up as lead guitar with his years of experience and stage presence as an awesome guitarist.

Soon followed Karl "Taylor Hawkins" on drums who's attack, strength and drum fills leave audiences in awe. Lastly Ian "Nate Mendel" standing tall at the back provides the bass, keeping tight with the drums and adding a subtle variations to the rhythm section to keep the audiences on their toes.

The Fu Fighters meticulous attention to detail in recreating both album and live versions of the Foo Fighters songs have made them one not to miss.

Stacked Actors
The Pretender
Bridge Burning
Let It Die
Cold Day In The Sun
Hey, Johnny Park!
No Way Back
White Limo
Best Of You
Long Road To Ruin
Generator
Times Like These
These Days
Up In Arm
Big Me
Wheels
Arlandria
For All The Cows
Breakout
Learn To Fly
My Hero
This Is A Call
All My Life
Everlong
Monkey Wrench