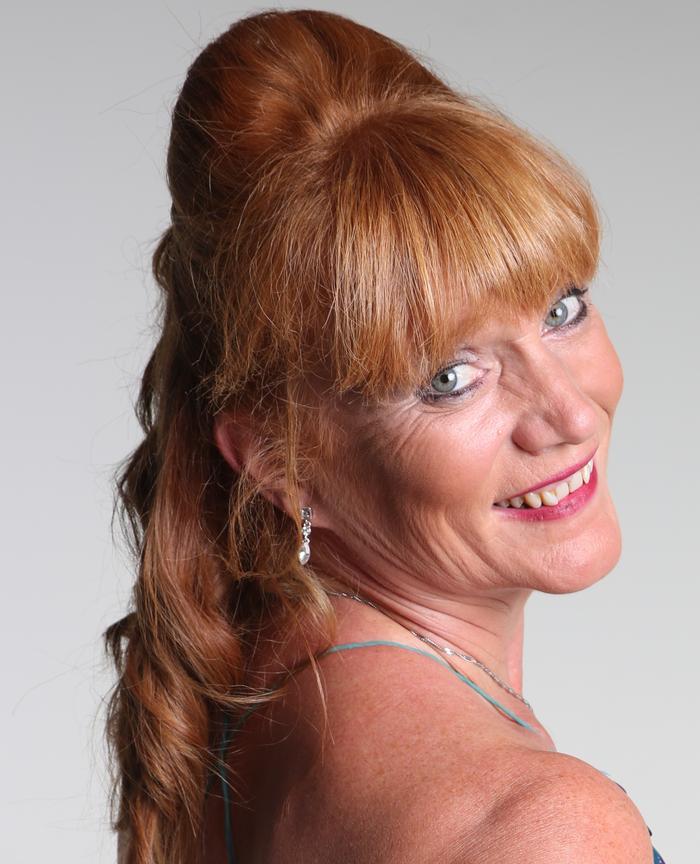 Sandy Smith is based in the North-East of England, but is frequently seen travelling around the UK and Europe

Sandy Smith is an outstanding performer and entertainer for all occasions, with a versatile voice to match.

Sandy, having recently won the award of Best International Female Vocalist (UK) has years of experience on the West End Stages in London and across the UK and Europe. She regularly performs for Corporate and Private Venues, Cruise Liners, and Hotels across Europe and has the advantage of being able to turn her versatile voice to most styles to suit the audience in front of her. Past clients have included London Palladium, Marella Cruises, Stenna, Mercure Hotels, TUI, Thomas Cook, Corn Exchange Edinburgh but is also happy with smaller intimate party venues.

BROADWAY TO HOLLYWOOD: From the award winning films from Stage and Screen like The Greatest Showman, Mamma Mia, Bohemian Rhapsody, Les Miserable, Grease, Dirty Dancing, International West End Singer, Sandy Smith, will be taking you through a journey all with laughter and tears, dancing the night away.

CILLA, LULU & THE SWINGING 60s a fantastic entertaining show, suitable for all. Sandy stylishly celebrates the life and music of the legendary Cilla Black, Lulu as well as a selection of her most well-known contemporaries such as Dusty Springfield, Petula Clark, the Beatles and more. The show will take you on a rollercoaster journey through many of the greatest pop songs of the 60s including Cilla's own chart toppers 'Anyone Who Had A Heart' and 'You're My World', Lulu's Shout, Boom Bang a Bang, Dusty's You Don't Have to Say you Love me, Son Of a Preacher Man and the rock n roll twists of the 60s.

A NIGHT WITH THE STARS: - A non-stop show of entertainment of superb vocals from Cilla to Cher, Shriley Bassey to Queen, Abba to Diana Ross, Jess Glynn to Whitney - and many many more. A show to truly remember.

CHEESY POP PARTY: - All of the classics from 50s up to date - including Abba, Cher, Whitney, Tina Turner, Jess Glynn, Queen, Erasure, Weather Girls and many many more.... A great night for "Girls who Wanna have Fun".

In addition, Sandy can also strip back her vocals and is a perfect choice for venues seeking a sophisticated, lounge-style set and is available for a variety of private functions such as wedding receptions, restaurants or quieter bars and restaurants who enjoy gentle, classics such as the beautiful, hypnotic melodies of Eva Cassidy, Roberta Flack and the like.

All of Sandy's shows can be adapted to suit and with over 1000 songs in her repertoire, there are styles to suit all.

Standard Set: (This is altered to accommodate the audience and show)
Aint No Mountain High Enough - Diana Ross
Can't Give You Anything - Stylistics
I'm Alive - Celine Dion
Shoop Shoop Song - Cher
Breathless - The Corrs
Back to Black - Amy Winehouse
This is the Life - Amy Macdonald
Upside Down - Paloma Faith
Da Do Ron Ron - The Crystals
Do You Love Me - The Contours (Dirty Dancing)
That's Life - Frank Sinatra
You to Me are Everything - The Real Thing
Shout - Lulu
This Is Me - Greatest Showman
Bohemian Rhapsody - Queen
Queen Medley
Hold My Hand - Jess Glynne
Proud Mary - Tina Turner
Be Young Be Foolish Be Happy - The Tams
I wanna Dance with Somebody - Whitney Houston