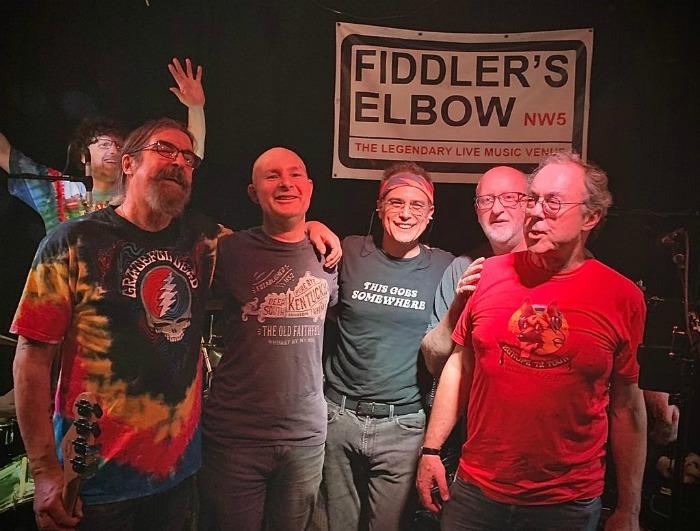 The band is based in London between Leicester area, and regularly gig in Camden, London.

Playing the music of The Grateful Dead, iconic US West Coast acid rock band, 1965 – 95, the Dudes explore the songs, improvisations and jams from their vast repertoire, emulating the sound, style, freedom and adventure of their live shows. More than a band, the Dead were a phenomenon – from precursors of psychedelic rock in the sixties to the highest-grossing US touring act in the late ‘80s and ‘90s. As the saying goes, “There is nothing like a Grateful Dead concert”; the Dudes aim to capture and re-create some of that magic.

Based in the UK, the band members have come together from different formations in Europe – Deadicace, Magic Bulbs, Cosmic Charlies, Shotgun Ragtime Band – and bring a wealth of talent and experience to their shows.

All shows are recorded and made available on Band camp.
https://thegratefuldudes.bandcamp.com/