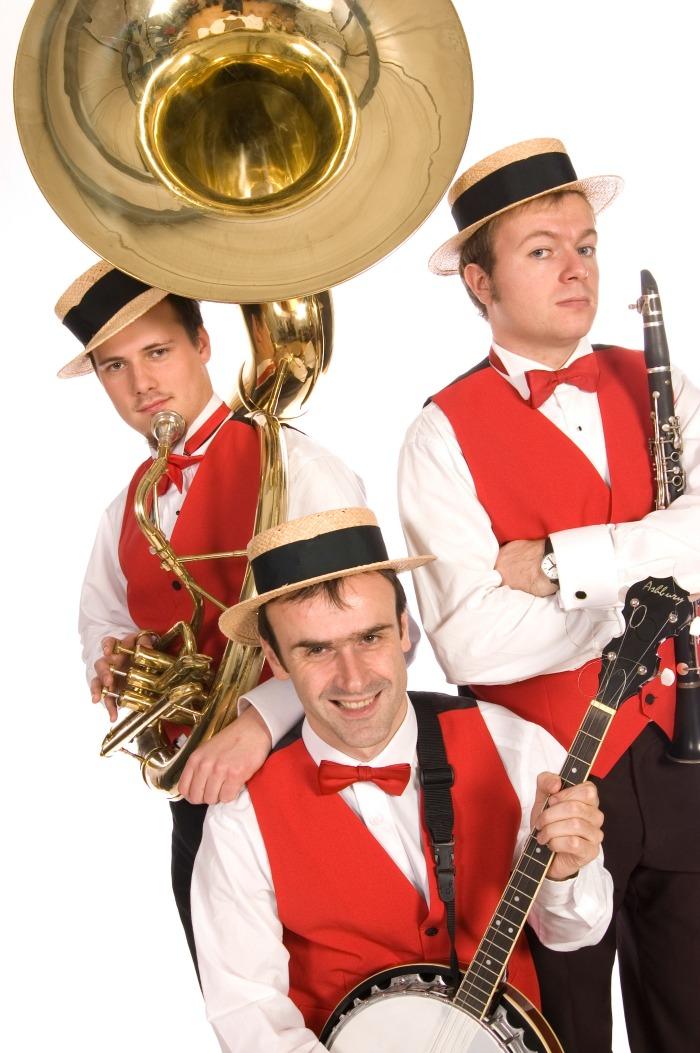 The band is based in the South East, but perform regularly all over the UK and abroad.

Focusing solely on the traditional New Orleans Jazz style, Silk Street Jazz perform classic early jazz such as Bix Beiderbecke, King Oliver and Louis Armstrong as well as all the jazz standards. They are perfect for foreground or background music to help create an informal and relaxed atmosphere.

The band formed back in 2003 as a new generation of early jazz band. The ensemble contains today's young up-and-coming players, all of whom continue to revitalise the scene with their flair, excitement and enthusiasm.

This group's ability to acknowledge and reflect on the past but to create a contemporary sound makes it one of the pre-eminent bands on the scene today. All members are full time professionals and some of the leading musicians in their field.

They are building on a fast growing prestigious reputation in the UK. Establishing a high level of consumer confidence, the band’s credibility in today's market is clearly evident from its extensive list of widely recognised and extremely satisfied clientele.

The Six and Seven piece bands now include the sound of a fantastic male singer. The perfect ensembles for those wanting the sophisticated sound of the jazz singer to the group. The band also offers music for dancing.