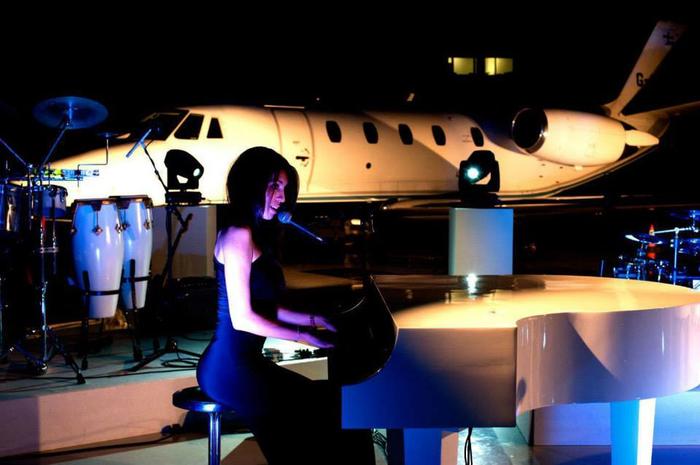 Cat is based in London and has a base in Cardiff and happy to travel for events as far afield as Bristol and Wales.

Piano singer Cat Delphi has performed at countless prestigious events all over the world including The Princess of Monaco Foundation, The Epsom Derby, where the Queen was in attendance, on the Top Of The Pops NYE Special 2017, a performance at Aston Martin HQ for the recent ‘DB4 GT’ relaunch, the Venezuelan Embassy, The Bluthners show room in London’s Berkeley Square, Biggin Hill Private Airport (for Rizon Jet, Luxury Travel), the National Assembly of Wales, The National Lottery, The Gherkin, Canary Wharf and many, many more.

Cat Delphi is a classically trained pianist, receiving her Grade 8 piano aged 12 and won a number of piano festivals and competitions around the UK whilst studying at the Royal College of Music in London. She was later awarded the prestigious 'Leverhulme' scholarship (awarded to one student per year) to study at the Royal Welsh College of Music and Drama where she received her Bachelor of Music Degree (B Mus) and Master of Arts Degree (MA).

Cat is also an up and coming recording artist with credentials which include being the first recipient of the MOBO Awards fund ( Dec 2017), original songs on TV Shows including ‘Home and Away’ and ‘Neighbours’ and her debut single reaching over half a million streams online. The single went on to be featured on the BBC Radio 2 Playlist for 3 weeks and had support from Jo Whiley and Richard Madeley. Cat gave live performances / interviews on the Dermot O'Leary show, The BBC Introducing south ‘Live Lounge’ (including ‘Track of the Day’) and a performance on ‘Jools Holland Presents’. Cat was nominated for ‘Best Songwriter’ and ‘Best Female Solo’ at the British ‘Unsigned Music Awards’ presented by Laura Whitmore and Chris Stark on SKY1 and continues to be played on radio stations all over the world including the USA, China and Europe.