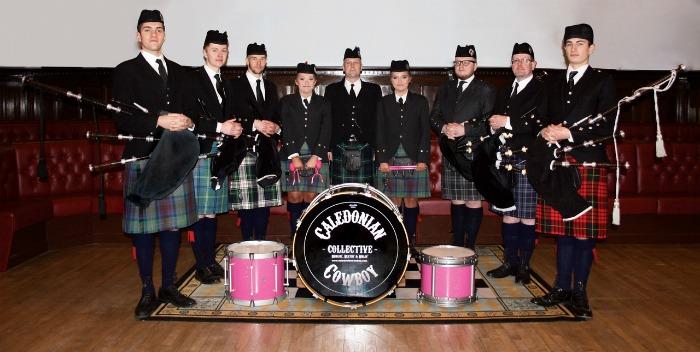 Based in Glasgow, but regularly perform throughout the United Kingdom.

Caledonian Cowboy Collective is a full time professional pipe band. The core collective consists of 9 pipers, 3 side drummers, 2 tenor drummers and a bass drummer (15 pipers & drummers in total). However, the Collective can easily double its number, or reduce its size to provide a bespoke band at client's request.

Amongst the performers, they have players who have entertained on stages across the four quarters of the globe, performers who write their own material and music, world championship musicians and others who both teach and study music.