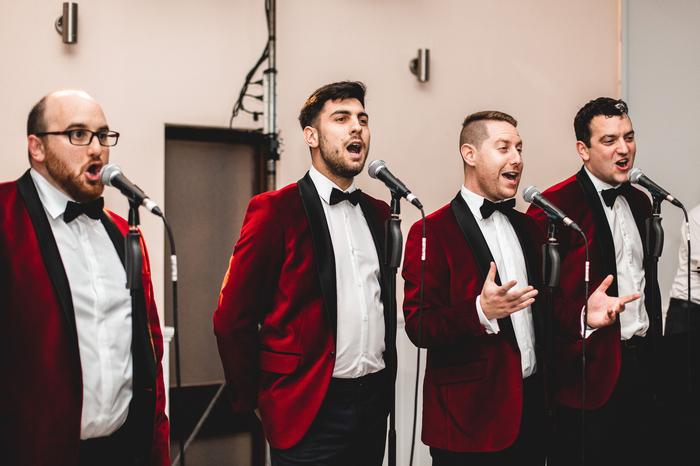 The Sherry Dolls are based in Hertfordshire but happy to travel all over the country to perform our show. We have performed across Herts, Bucks and London

Formed in early 2019, The Sherry Dolls are the UK's hottest new Frankie Valli and the Four Seasons tribute act. It's been whirlwind few months and has seen the group perform at weddings, community festivals and musical revue shows.

The guys are rightly proud of their close harmony work, and each of the four singers has a unique vocal tone and personality which complements and enhances their sound and their performance. The Sherry Dolls will be bringing you hits such as Walk Like a Man, Sherry, Rag Doll, December 63 and many more hit songs.

Set apart from some of the other Four Seasons tribute acts out there, the Sherry Dolls don’t rely on a single strong lead playing the part of Frankie, but instead each member takes lead vocals on a number of songs, bringing freshness, variety and unique interpretation to the iconic sounds of The Four Seasons.

With decades of collective experience of stage performance, John, James, Carl and Dan first met in the world of Musical Theatre, though several members of the group are also accomplished instrumentalists with passions in other musical genres.

Sherry Dolls founder James has also performed internationally where he first appeared on stage in a ‘Jersey Boys’ show.

The rest, as they say, is history.