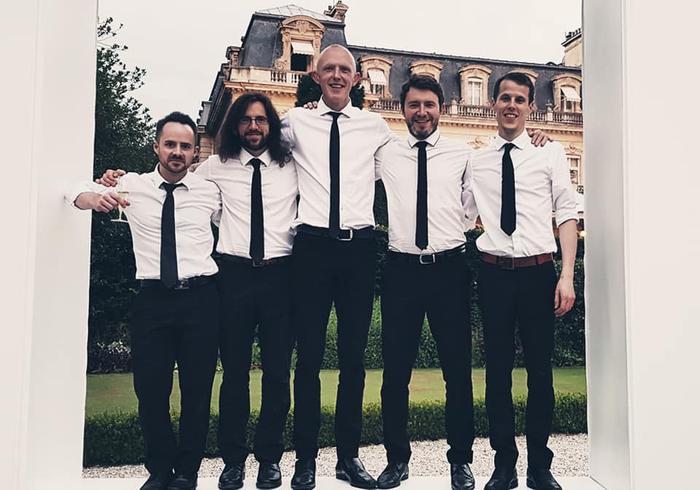 The band are based across central Scotland, with the majority of public shows in Edinburgh and the surrounding areas

Matt Gloss & the Emulsions are a professional function band based across central Scotland.

With over 6 years experience on the wedding circuit already, and a massive repertoire of songs, The Emulsions offer energetic live shows and musical competency in spades. No matter what or where your function or wedding is, Matt Gloss & the Emulsions will provide from start to finish, the soundtrack to an amazing night!

The band line-up consists of lead male vocals, guitar, keyboard, bass and drums, with all of the band also providing backing vocals. The Emulsions will provide everything you need for your event to run as smoothly as possible. The band can also provide interlude music if it's required.

Since their inception, the band have received heavy praise for their unique song choice - blending in wedding standards and traditional favourites with some less-often-heard surprises to offer a set list like no other! Set lists cover many genres from pop and rock, through funk, soul, and disco, to blues, R n' B, rock 'n roll and indie - with the emphasis being on keeping feet on the dance floor!

You can keep up to date with all Matt Gloss & the Emulsions' upcoming shows and general happenings by liking them on Facebook and Instagram!