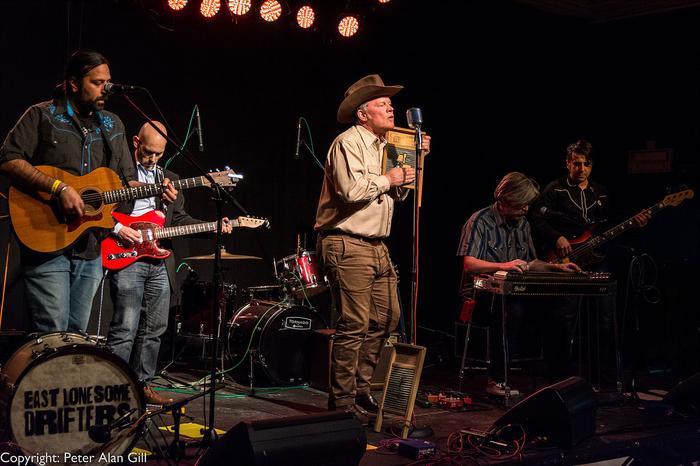 "Possibly the best classic country, honky tonk and western swing you are likely to hear this side of the Atlantic. It really is that good!" Country Music People magazine, May 2019

With several hundred gigs under their belts since 2014, the band have also played at UK festivals such as Harlequin Festival, Millport Country Festival and Red Rooster. In March 2016 they played Willie Nelson’s ‘Phases and Stages’ LP in its entirety at Soho’s Country Soul Sessions. 2019 has included gigs at the Tower of London and headlining the inaugural Falkland Islands Country Music Festival.

Equally at home in bars and pubs across the south east or weddings, parties, festivals and corporate events, East Lonesome Drifters will put you in ‘that’ scene in the movie, where the dance floor is full and the honky tonk music is flowing!