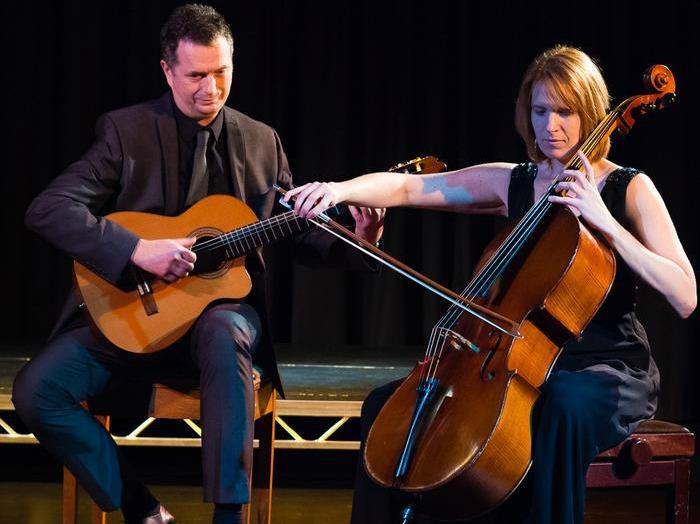 The duo is based in Ipswich in Suffolk and frequently play across the East of England.

Duetto Arpeggione are the perfect choice for providing music for a wedding ceremony or for background music at a drinks/cocktail reception. The sound of the act is rich yet not intrusive and the combination of cello and guitar lends itself to performing in a wide range of musical styles.

The duo's repertoire is constantly growing in response to requests from clients but includes light classical, Spanish, pop, jazz and even Irish traditional styles. The duo pride themselves on placing the client at the centre of the event and tailoring their music to fulfil the client's vision. To this end, clients are encouraged to select which repertoire they would like the group to play and the duo also offer an 'arranging' service to allow clients to request new music for inclusion at their event. The duo are also able to advise clients on music choices that would suit their particular event.

The cello requires no additional implication under normal circumstances but the guitarist has a battery operated amp allowing the duo to perform both indoors and outside as suits your event and without limitations of being near mains power.

Whilst forming within the last year, the duo comprises two experienced musicians who have played professionally in other ensembles and individually for many years. Since forming, the duo have received entirely positive feedback from clients and been highly recommended.

The duo is an alternative to other classical groups, such as string quartets and trios, offering something a little different and adding individuality to your event.