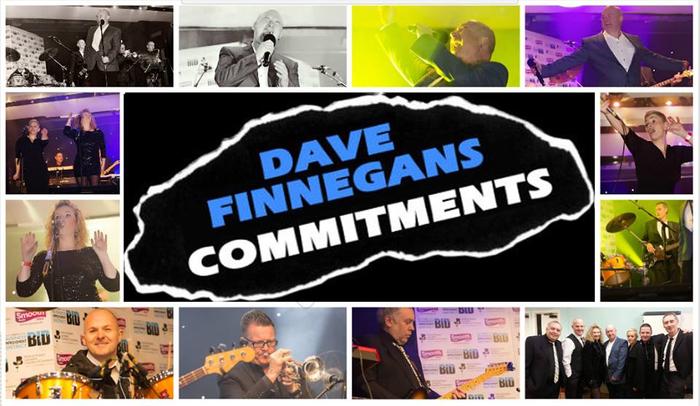 The band are based all over from Glasgow, North West England and Essex and play all over the UK.

Twenty Five years on, neither time age nor music has managed to tame one of the soul survivors of the Commitments. Mickah Wallace is brasher and louder than ever, and continuing to spread the gospel of soul to the undisputed masses.

No one could ever have predicted the huge success of Alan Parker’s black comedy, The Commitments in helping to launch the rebirth of true soul rhythm ‘n’ blues.

Everyone can remember the charismatic character portrayed by Andrew Strong, however for 10 years since the film Dave Finnegan successfully fronted the touring band ‘The Stars From The Commitments’ and has appreciated accolades from around the globe, performing in countries like Brazil, USA, Canada, all over Europe, South Africa, Scandinavia, the Middle East, India, Japan, Malaysia, Australia, and New Zealand performing to in excess of a million people.

He has performed alongside such legendary artistes as James Brown, Wilson Pickett, Edwin Starr, BB King, Sam Moore, Steve ‘The Colonel’ Cropper, Dennis Edwards (The Temptations), Dan Ackroyd and many, many more. It was Sam Moore who questioned, “How can a little white guy have a soul and a voice that’s so black!”

In the true spirit of the film Dave has meticulously formed his own band casting each member for their character and astounding musical abilities! Dave Finnegan’s Commitments undoubtedly continue where the film left off, still spreading the word of Otis Redding, Wilson Picket and the other apostles of soul, and in doing so enabling us all to experience live, the essence of ……sweet soul music.