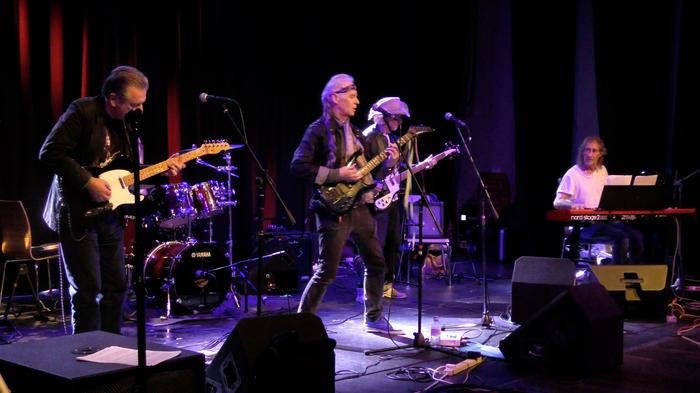 The band is based in Exeter and frequently play across the South West of the UK and have also played in London and east Anglia.

The Psyche a Delics are experienced musicians playing pop rock blues jazz and reggae covers from the 60s and 70s. Their repertoire includes songs by the Beatles, The Stones, David Bowie, Bob Marley, The Doors, Johnny cash, UB40, and many more.

The band have been playing together in many musical forms since the 1980s, and have released records and played the major venues in London, including Ronnie Scotts. the Greyhound in Fulham and imperial college. Now based in Devon they play festivals, weddings, parties and events as well as pubs and clubs.

Lead singer is John Fitzsimons, recently on X factor, and his aim is always to create a party atmosphere encouraging dancing and stage invasions!

Full repertoire as of December 2017:-