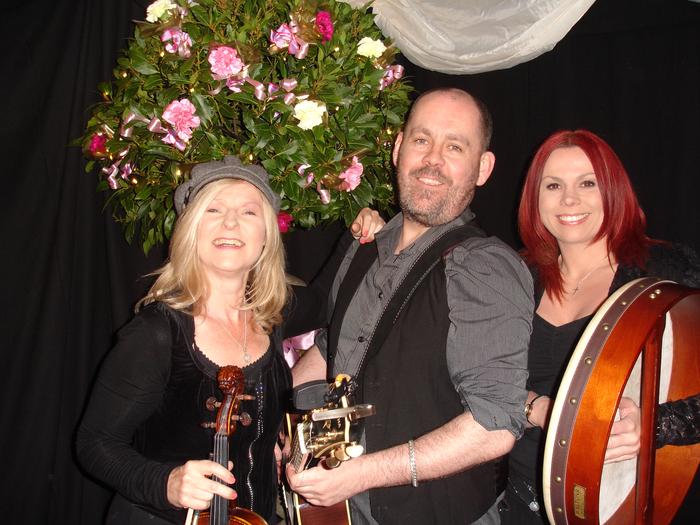 Based in the West Midlands, the band travel UK-wide.

Celtic Clan is the Irish-style band that doesn't JUST do Irish! They're perfect for everything from weddings through to corporates, garden parties and more - anywhere you need an atmospheric mix of music designed to get people mingling, dancing and having fun.

Their blend of music mixes consists of well-known songs like Wild Rover; Irish Rover; Fields of Athenry (etc), with celtic-inspired pop (like Dexy's Midnight Runners (Come on Eileen)' The Proclaimers (500 Miles); Fairytale of New York etc), PLUS mainstream current and vintage pop (The Monkees 'Daydream Believer' / Amy Winehouse 'Valerie' / Bruno Mars 'Funk You Up' PLUS a couple of ceilidhs and the odd jig or two.

The band is hugely popular, with over 500 weddings, corporates and festivals under their belt . PLEASE NOTE: This band is not a traditional Irish band, and the content will contain material other than Irish and celtic.

It's only the morning after our wedding, but we just had to say a huge THANK YOU for such a brilliant night. Every one was talking about you at breakfast this morning. You made our night! (Chris and Kelly Kavanagh)

Thank you for doing our St Pat's show for us. This was my first time in position as club secretary, and I was keen to get it right. And I'm delighted to say the feedback has been exceptional. We will be in touch for next year guaranteed. Many thanks, David (Halesowen Golf Club)

Hi Guys, I recently attended the wedding of Laura Gee and Charles Kinsell in which you performed at. I just wanted to say well done and congratulations. The music was awesome and the reception a great success. I normally wouldn't dance, but the music dragged me to the floor. Consider me a new fan!"

"A quick and very belated message to say a huge thank you to you and the band for your fantastic set at our wedding back in May. We received so many compliments about the band, both on the night and for many days afterwards. You were definitely the hit of the night! And thanks also for making it even more special by letting me sing a song with you. Ben was absolutely blown away, and very touched. And apparently I had a whole load of the guests welling up, which I thought was brilliant!"

"Now we've sobered up we wanted to send you a huge thank you for the fantastic soundtrack to our wedding. As a last-minute booking, only the male/female duo was available and to be honest, we had our doubts that you could entertain a big wedding crowd but OMG - you so did! It was an awesome day topped off by you guys. And busking Erasure's 'Give A Little Respect' was the highligh - brilliantly played and the whole crowd singing along - what a memory! An awesome day topped off by you guys :-)"

"I had to write and tell you the band went down a storm with everyone at Tony's 50th - you were brilliant and they all loved you! Thank you so much for all the thought that went into your show. You were thinking about things that never occurred to me, and every suggestion you made contributed to making the evening flow fantastically. You're very professional indeed, and I'll be recommending you to everyone I can. Thank you once again for making the night - I can't praise you enough and I hope I get the chance to book you for something again in the future. Loraine x

Slow
We don't offer slow music as the entire set is aimed at dancing.