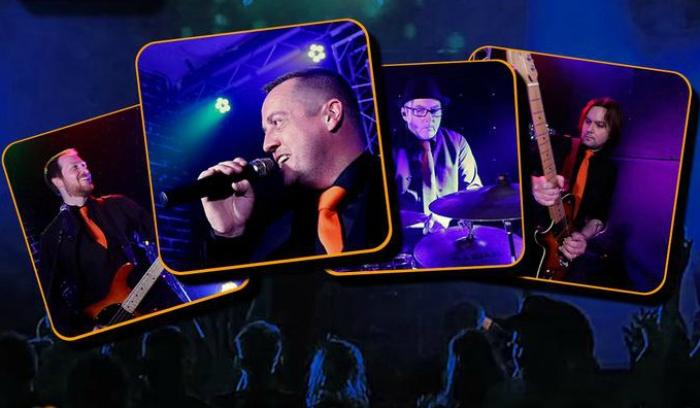 The band members are based in Buxton, Nottingham and Leeds, but they travel and perform together throughout the UK and Europe.

Popwork are a four piece rock, pop, 70's, and 80's act whose repertoire stretches back over fifty years. From the 60s through to present day, this four-piece combo rock the room every time with hit music from the The Kings of Leon, Bruno Mars, Pharrell Williams, Maroon 5, Olly Murs, Guns n Roses, Tears for Fears, Status Quo, Madness, Queen, Stevie Wonder, Michael Jackson, Jackson 5, Wham, Lionel Richie, KC and the Sunshine Band and many, many more! Due to their huge repertoire, they can also be booked as their two separate 70's and 80's tribute shows, Popwork 70's, and Popwork 80's.

The musicians that formed the band have brought nothing but the best to both private and public performances all across the UK and throughout Europe for the past 10 years and can be booked out as the standard quartet or can expand up to a six piece for larger events.