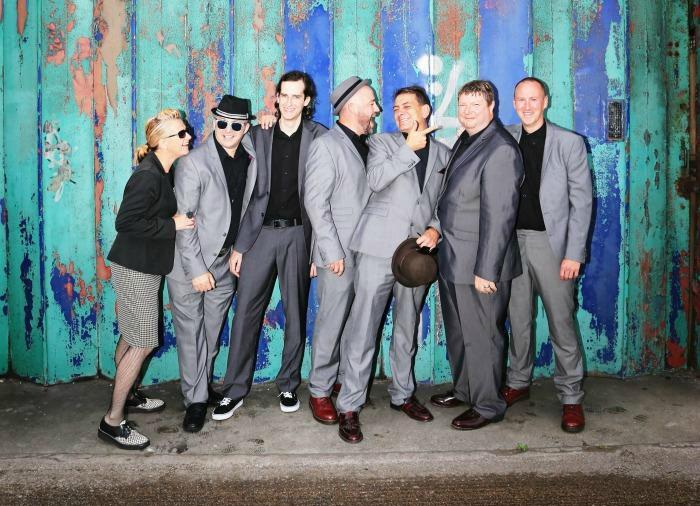 The band is based in South Wales and regularly play all over the UK.

2 Rude are widely regarded as the UK's No. 1 Ska tribute band. Over the past seven years the band has performed all over the country, selling out shows in big venues and headlining festivals in front of thousands of people, but 2 Rude are also available to perform at your special event whether it be a private party, wedding or corporate function.

For most Ska fans 1980 had to be THE year. The music of The Specials along with Madness, The Beat, The Selecter and Bad Manners were the sounds on the radio. Britain was a bleak place back then, and the music that brightened those days was the sounds of these great 2-tone bands. It didn’t matter who you were or where you came from, it was a movement that united people.

Fast forward just over thirty years and the music lives on through 2 Rude; a band driven by a passion for Ska music and a dedication to providing the most authentic tribute of the 2-tone era anywhere today. Consisting of 7 first class musicians with a calibre that is second to none and a combined number of gigs literally in the thousands, 2 Rude plays all your favourite 2-tone Ska classics from bands like The Specials, Madness, Bad Manners, The Beat, The Selecter and many more. Such is the band's reputation and popularity that they have even shared the stage with some of these big names as well as having Roddy Radiation (lead guitarist from The Specials) join them on stage for a few 'special' performances!

After playing countless shows and leaving audiences everywhere breathless and shouting for more, 2 Rude have rightly claimed their title as one of the hottest live acts in the country. If you want to experience the 2-tone Ska sounds of the late 70's/early 80's played with the same energy and passion as when they were new, 2 Rude is the perfect band for you!