The Tom Fitzpatrick Band (Tom above) are an outstanding ensemble of like-minded musicians who came together to provide high end jazz, swing and Rat Pack music for weddings, corporate events and any event that requires them. Tom can booked as a solo wedding jazz act but there’s nothing they love more than to go out as the full Monty 10 piece band which comprises Tom plus drums, double bass, piano, sax, trumpet, trombone, & string quartet. Yes, a string quartet. The individual  musicians have a pretty decent collective CV too having played alongside the likes of Dave Stewart, Gwen Stefani, the mighty Proclaimers and appropriately for this agency, Freak Power (no relation) and Tom himself has toured in various musical theatre productions.

Born in back alley clubs and smoky bistros in the most vibrant cities of the world, conceived of in the backstage dressing rooms and the dark stage wings of the most famous showrooms, willed into creation in the underground speakeasies and secret drinking establishments of those who prefer to remain incognito, Le Sape Nocturne (bottom) is not your ordinary band. From the mind of Las Vegas musical veteran Jason Holcomb (best known for his work with Bros. star Matt Goss, Frankie Valli, and Motown recording group The O’Jays) this ensemble is an exploration into the rebirth of the modern speakeasy and social experience. Focusing on popular music re-envisioned in vintage, retro, and classic styles. Rock becomes swing, hip hop becomes jazz, pop becomes soul and vice versa.

Tough Love (right) are a Wales based rock, pop and soul act with an extensive repertoire of floor-filling classics. This female-fronted full professional quintet take their musical cues from acts as diverse as Stevie Wonder, Amy Winehouse, Tina Turner and Bruno Mars. Featuring some of the area’s best musicians, band members are all accomplished professionals, experienced at top-class events. Made up of female-vocal, guitar, bass, drums, keyboards and backing vocals, they have the perfect line-up and ideal arrangements to recreate your favourite 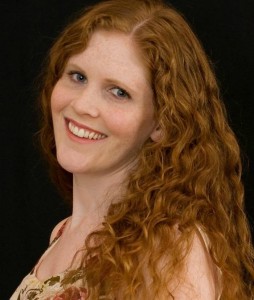 tracks and will tailor their sets to suit you.

Sarah Power (left) is a professional soprano with over 10 years of experience appearing in opera and oratorios. Some of the prestigious venues at which she has appeared include the Royal Albert Hall, the Wigmore Hall and the Hackney Empire in London, the Theatre Royal in Glasgow and the National Concert Hall in Dublin. Last year she travelled to Singapore with Scottish Opera to perform in Mozart’s opera ‘The Magic Flute’. Sarah is also a very experienced wedding singer and has a wide repertoire and performs in a variety of musical styles including classical, opera, hymns and sacred music, traditional folk song, musical theatre and modern classics. Should you need any help with choosing the songs for your ceremony she is very happy to advise you.

The Quadrant Quartet (right) have a vast combined experience of four professionals with many years of performing under their belts and will ensure your event is savoured, long after it’s over. So why does a wedding string quartet remain enduringly popular? Perhaps the unrivalled quantity and quality of repertoire which has been written for it? The music available for a quartet runs into hundreds of compositions from those down the ages to arrangements of the most recent popular songs.

Written By
Chris Mackinnon
More from Chris Mackinnon
Project X (above) offer musical entertainment of the highest quality! Playing only the...
Read More