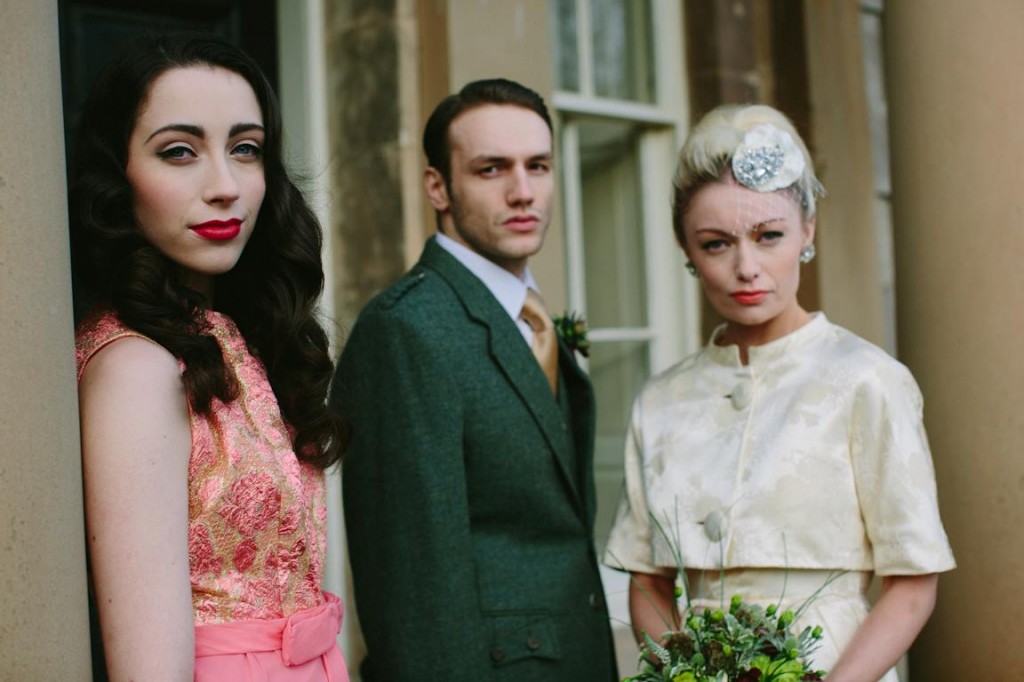 Freak Music have once again teamed up with the vintage wedding fair folks again. After the successful one in Aberdeen, Mel has been busy organising tomorrow’s event in Glasgow city centre, Trades Hall on Glassford Street to be exact. There’ll be dozens of vintage wedding specialists from dressmakers, photographers, florists, venue and of course, a few musical acts to listen to while you peruse.

Three Freak Music acts will be performing a couple of sets over the day:

The Banjo Lounge, do innovative funky bluegrass and swing mash-up versions of songs to suit all ages from Louis Prima’s ‘Just a Gigolo’, Nirvana’s ‘Smells Like Teen Spirit’, Michael Jackson’s ‘Dont Stop Til You Get Enough’ to Beyonce’s ‘Crazy in Love’ and Dizzee Rascal / Calvin Harris’s ‘Dance Wiv Me’. Also thrown in there are a bunch of other classics they have tinkered with to make their own including New Order’s ‘Blue Monday’, a blistering version of Blur’s ‘Song 2’ and Punjabi MC’s Knightrider re-mix of ‘Mundian to Bach Ke’.

Andy Miller is one of Scotland’s Top Swing Vocalists offering a big band sound production with professional sound and light. The Show takes you to that magical moment and creates that special atmosphere from the legends of The Rat Pack along with Michael Buble and the fantastic Robbie Williams.

Lisa Martin provides a superb tribute to the wonderful music of the World War Two era. Featuring songs from The Andrews Sisters, Gracie Fields, and of course Dame Vera Lynn, this show is guaranteed to have you singing along and waving your flags in the air! A great idea for special events and commemorative dates, such as VE Day.

Free entry, open 12 until 5pm check out their Facebook page above for more info or just turn up and say hello.