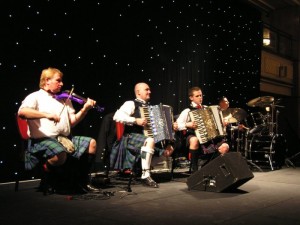 The gary Blair Ceilidh Band are a vastly experienced Ceilidh Band with over 30 years experience. All dances are called and they can provide a Ceilidh/Disco at no extra charge.

They have performed at such events as

More acts to join Freak Music this week include kirsty Duncan a Singer specialising in Wedding Ceremonies & Events base in Glasgow, Derek Conlon a self contained vocalist/ pianist based in London and Freak Out Disco Band a 70’s disco band from Mersyside.

Written By
pauldoffman
More from pauldoffman
It’s been another busy week at Freak Music seeking out and bringing...
Read More