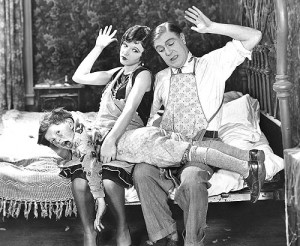 Today in Scotland an awesomely named charity ‘Children are Unbeatable’ have called for a ban on smacking youngsters, making the parents right to be allowed to administer physical punishment to their own children illegal.

Here at Freak Music this political hot potato has inspired some fiery debate and our latest collaborative playlist, that’s right, it’s collaborative so join in, get involved, add your tunes and share with friends and loved ones to your heart’s content. We have also asked our resident opinion-mouth to spout a blog on it … you can read it below.

However I suppose I better qualify this to avoid the pant wetting and easily upset brigade getting all snorty, there are a few rules you should obey: –

1. They must be your own children (this is key, don’t underestimate this one)

2. They should have done something pretty wrong (less key but still important)

3. They persist in acting in this fashion even after subsequent attempts to get them to stop have failed.

4. They are intellectually unable to hold a philosophical debate on the moral and ethical in’s and out’s of what is acceptable in specific social and geographical surroundings and its impact and influence on others.

In truth if you cannot satisfy at least 3 of the above 4 criteria, you do run the risk of being accused of baby lamping.

I think what annoys most is that those who cry out most vocally against this form of discipline but for some bean eater to stay awake all night staring at their dream catchers and worrying about the plight of the nation’s defenceless children. Or to put it another way …. complete strangers. People who do not know your background, the child’s previous behaviour, what has gone before and any other attempts to get the child to learn. Yet still they seek to enshrine in law rules that mean they can tell others exactly how to behave and worse, to vilify their action as not only illegal, but morally and socially unacceptable.

How dare they! I mean what would happen to parents convicted of disciplining their own children? Fined? Convicted? Sent to prison even?

If we take it to the extreme, we would have parents being taken away from their children, splitting up a family environment – but it’s all for the sake of little Johnny. Try telling Johnny that you were looking out for his best interests when he is at school, being bullied towards tablets, debagged and fistbeaten for having a child abusing father who is locked up…

They would have you believe are protecting the rights of children who cannot defend themselves of course. No they are not – they are being self-righteous – because that’s what this is, it’s their way of making themselves feel important and better than others by demanding that they know what is right for and you don’t.

But of course some children ARE beaten unnecessarily, and live a life of fear from constant abuse and violence. This is true.

But the solution is not to outlaw sensible measures of disciplining of children for every single parent in the country – it’s the sterilisation and removal of the ignorant and awful people from society and the prevention of them being allowed to have children that they would treat them so badly in the first place. Don’t blame all parents for the despicable actions of a few morons.

And of course – I was smacked as a child and as you can see from the photo below …. it never done me any harm.

Written by our guest ranter Jamie Sands (not necessarily towing the company line!)

Today in Scotland an awesomely named charity ‘Children are Unbeatable’ have called for a ban on smacking youngsters, making the parents right to be..." />