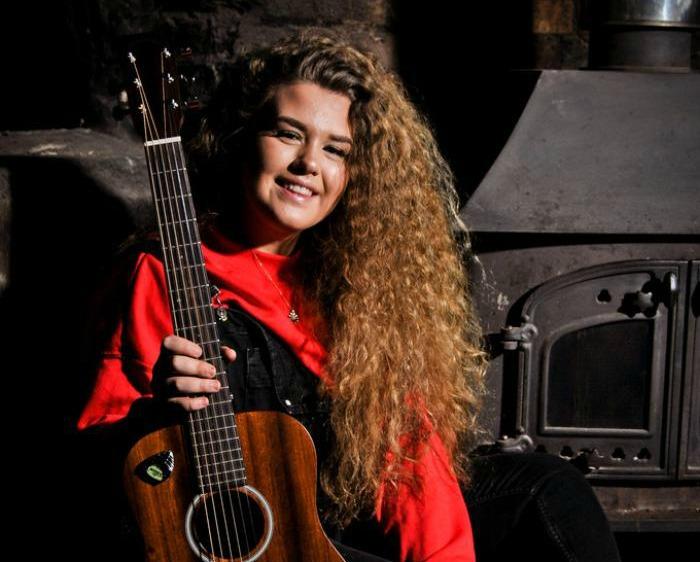 Yazzy is based in North Devon & gigs 3-4 times a week in the North Devon, Exeter area and she also travels around the country, performing in London, Southampton, Bristol, Peterborough, Cornwall and in to Wales.

Yazzy is an award winning singer from North Devon who has won Open Mic UK, Future Music Songwriting Competition and The UK and International Songwriter of The Year. Yazzy has been writing and performing her own music since the age of 10, performing at festivals, weddings, special occasions and pubs/restaurants. Classically trained she has a depth to her voice that is beyond her years.

Fondly nick named "North Devon’s Sweetheart" by her local radio station The Voice Fm, and the patron of a local charity very close to her heart "Chemo Hero" Yazzy has formed a very loyal supportive following. She regularly performs for Little Bridge House, The Children’s Hospice and is proud to be part of their fund raising events. Her songs are extremely emotive and from the heart, they are very relatable and Yazzy describes herself as “over emotional" and “over excitable" which can immediately be seen in her songs & when she performs, they have been known to make the hardest of hearts melt.

She has supported artists such as Luke Friend, Blake, UB40 and Paul Young to name a few. Some highlights from 2017 included singing for Prince Charles & Camilla, Duchess of Cornwall’s, 70th birthday, leading a singalong outside of Wembley for Adele which went viral, being a guest act for Open Mic Uk, becoming Patron for ChemoHero and recording her 3rd Album with her producer Phil Braithwaite (Vanessa-Maes Guitarist) which will be released January 2018.

"Yazzy clearly has a very beautiful voice, with a incredible amount of control for one so young. A voice; as warm as a summers' day, as fresh as a sea breeze, and as gentle as lapping waves on your toes."

Her last album, released in 2015, Silly Boys Breaking Hearts, went straight to No1 on the Amazon Music Download Charts and had amazing reviews:

"This is a simply stunning album by any standard. Yazzy's voice is serene, powerful and controlled, evoking Leona Lewis in places. Her songwriting shows a maturity beyond her years, rivalling Kate Bush's "The Man With the Child in His Eyes".

"5 stars One of the Best Albums of 2015, amazing album, must buy!" I first interviewed Yazzy on my radio show when she was just 13. It was her first ever radio interview and she was understandably very nervous and quite shy. Even then however, the second she opened her mouth to sing, I knew immediately that she was destined for big things. In the 3 years since then, she has developed her craft, this can be seen not only through her live performance, but can be heard in every track of her new album"

“Yazzy – A beautiful song with a haunting, lush vocal. You broke my heart! Reminds me of Eva Cassidy. Record this and put this out! Your vocal control and control of the room is exceptional.”