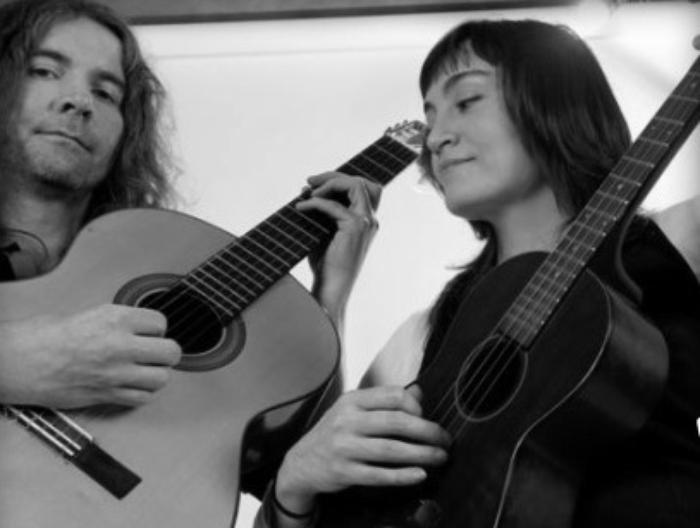 Voces del Sur are an Edinburgh based four piece band, led by Chilean singer Valentina Montoya Martínez and Scottish virtuoso Guitarist David Russell. They perform a wide range of music within a broad umbrella of Latin American Folk styles, including Chacareras, Zambas, Joropos, Valses, Cuban Son, Afro-Peruvian songs and Cuecas, much of their repertoire is based on music from the Chilean New Song Movement.

The band aims to keep alive music forms which have often been marginalised both within and outwith Latin America and which are rooted in various native musical traditions. Voces del Sur are the heart of South America in Scotland with spicy riffs, complex rhythms and seductively melancholic melodies and dance rhythms.

The band play all original material.