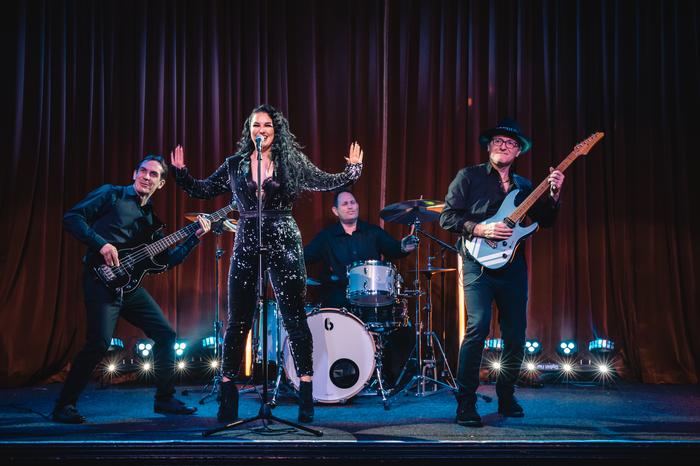 Based in the East Midlands, available to perform throughout England and Wales.

Twist of Rock are the ultimate rock influanced party band. A four piece band playing driving rock versions of all the best pop, rock, funk, indie, punk and soul dance anthems. For a great party or a themed 80s/90s or 00s/10s show this band has it all. Perfect for corporate events, weddings and private parties. With first class lead vocalists and a high standard of musicianship and professionalism, they are one of the most sought after events bands in the UK .

Why book Twist of Rock?
First class vocals and musicianship, a great set list and a well-engineered live sound. Guaranteed to impress your guests and fill the dance floor. They have a wonderful song list of well known party anthems that can be tailored to suit any event or age range. The band performs many of these songs with their own high energy arrangements and has great stage presence and audience interaction, making them ideal for a seated audience as well. To enhance the live band experience they do not use any backing tracks or pre-recorded material in any of their shows. With Twist of Rock, live means 100% live.

What is included?
The band's standard pricing includes everything you need for a great event, including over 2 hours of live music, a free DJ playlist service when not performing, a powerful p.a. for up to 400 people indoors or 300 people outdoors, dynamic computer controlled stage lighting, and haze/smoke machines for a great party atmosphere. The band has good communication and a professional proactive approach to planning and co-ordinating events. Their standard service includes on-line and face to face meetings (if local to Northamptonshire) to go through all the details of the event with the organiser.