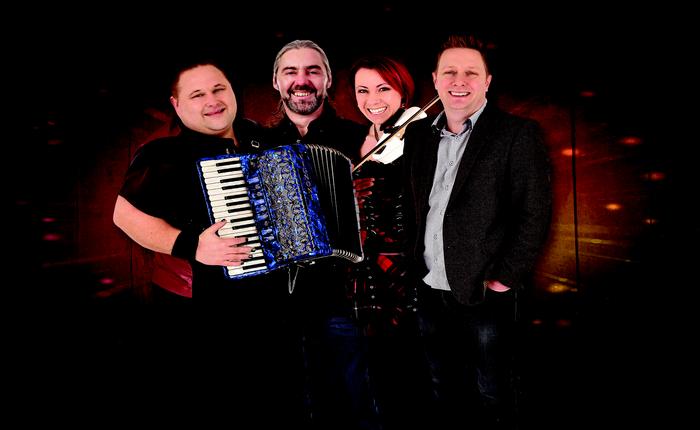 The band are based in Darlington and cover the whole of the UK touring on a regular basis.

If you're looking for a highly rated, experienced, well established, professional and compact, very lively Irish music act for your event then The Wild Murphys are the band for you!

This four piece have been touring the UK and Europe for over 15 years, have played at thousands of events, won countless awards and are simply great fun.

Featuring a selection of live instruments on top of pre-recorded drums, The Wild Murphys give off a huge sound while fitting into much smaller spaces and budgets than a lot of other lineups. Their 2 x 45 minute sets include all the classics you'd expect from an Irish tribute act like 'Tell me ma', 'Irish rover', 'Galway girl', 'Molly Malone', 'Whiskey in the Jar', 'Wild Rover', and many more lively covers of bands such as The Pogues, The Dubliners, The Saw Doctors, Flogging Molly, Dropkick Murphys and The Fureys.

Their no-nonsense attitude, spectacular musicianship, lively set lists, clear passion for the music they play and wicked sense of humour all add up into one of the best Irish tribute acts that you can book for your event.