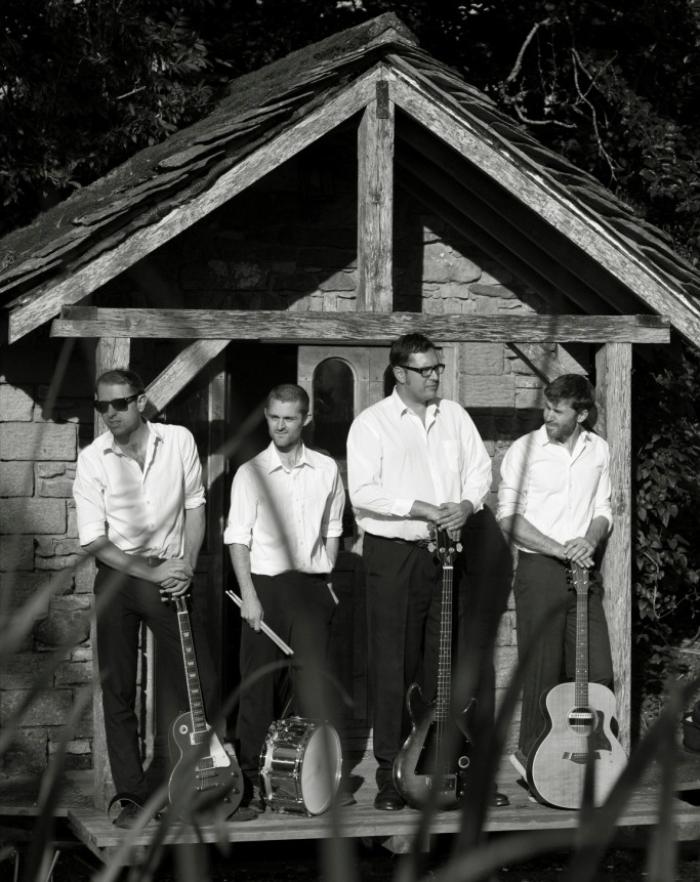 The band are based in Leeds and Cumbria, and regularly gig throughout Yorkshire, Cumbria and the North West.

It is hard to find someone who doesn't like good old-fashioned rock and roll, and that is what the Long Players proudly serve up. The band believe that music is for dancing and good times, and as such, they like nothing more than to get people on the dance floor, and they know how to keep them there.

Together and respectively, they comprise many years of musicianship and stage craft. Perhaps because they grew up together, the Long Players' performances combine a rare musical tightness and energy with a passion for being on stage together, doing the thing they do best; entertaining people.

“The Long Players ensured that guests and I celebrated my 50th Birthday with style by delivering fantastic musical entertainment. Prior to my big FIVE O I met with Harry and Dan from the band where I selected tunes from their sets – a fabulous range. As I am a Disco Queen – I also asked them if they would play a list of my favourites through their PA system – the willingly accommodated my request – wonderful. I had also requested James’s Sit down as my closing anthem, which the band learned especially. I adored dancing with my very special friends and singing very loudly! I was delighted by The Long Players professionalism and willingness to listen to my requests. My guests, differing in ages from 7 to 83 and I danced for hours and hours   and thoroughly enjoyed the atmosphere encouraged by the band. Many of my guests commented on how fabulous the Long Players are and how much they enjoyed the music and standard of performance. Thank you so much Long Players.”

“We had the Long Players playing at our wedding and we couldn’t recommend them highly enough. They seemed genuinely happy to be there, they were really friendly and pleasant guys as well as being extremely talented musicians. We were really happy with the music they played on the day and really added to the atmosphere in the room. Many of our guests commented on how good they were and how they played a great variety of songs to please everyone. We asked them to play ‘Wonderwall’ by Oasis on the Bride and Groom’s entrance to the room, and they did this so well. It was an amazing day and we’d like to say a massive thanks to The Long Players for being a part of it.”