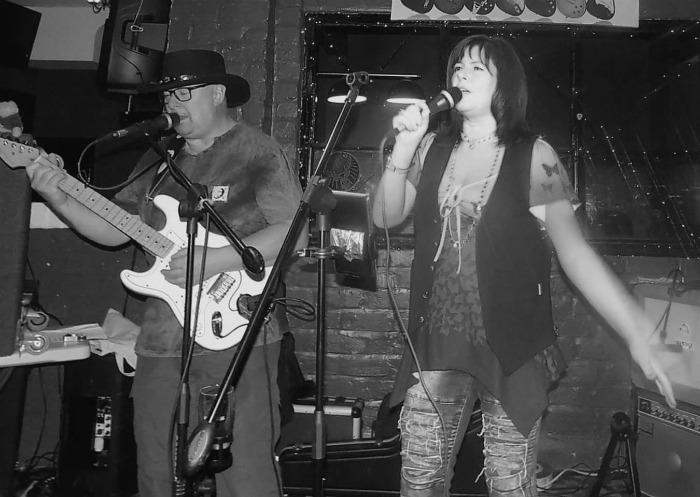 The act are based in Liverpool and happy to travel for events.

The Drunk Monkeys are a Liverpool based female fronted pop rock covers party band with material ranging from the 60s to the present day charts and all performed at an extremely high standard from three musicians with over 100 years of recording and live work to their credit covering the UK and overseas.

They come with a top spec PA system and lighting and are totally self contained, no backing tapes for these guys, and the repertoire is sizeable, taking in acts such as Stevie Wonder and David Bowie up to more modern acts such as James Bay.

The Drunk Monkeys personnel are, Karen Ellis on vocal who boasts a 25 year career in UK and Europe, Mal French, guitars/synth/vocals a highly in demand producer and session musician, Mal is a veteran on the Liverpool music scene and ex recording artist. George Thompson: Drums/vocals. George is a powerhouse drummer with decades of sessions and recordings to his credit. Kevin Heffey: Bass, Kevin is the backbone of a very tight and professional trio which never fails to deliver knockout performances all over the UK.