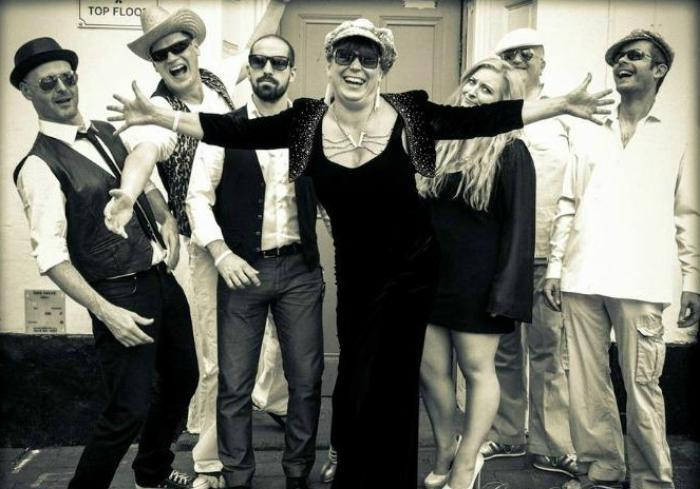 The band are based in Nottingham and available to perform across the East Midlands and beyond.

The Disco Prophets are an energetic and glamorous 6-7 piece Live Disco Band with three lead singers; so rich three-part harmonies over funky soulful beats. The band are experts at getting everybody dancing and having a good time all night long. The band's act is suitable for guests of all ages and is especially suited to anybody who likes the glamour and excuse to dress up to party that came with the Disco movement of the late 70s.

The band is here to serve your needs and you will always get a professional and flexible service that makes your life easy and lets you focus on your guests and enjoying the party.