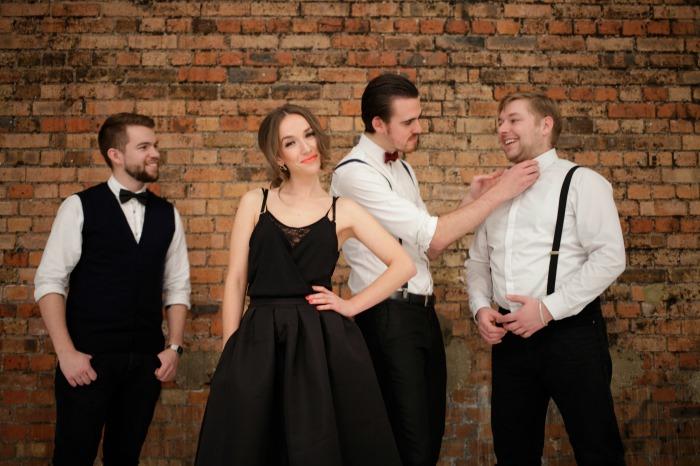 The band are based in London and frequently play at London's most prestigious venues as well as around the Midlands and south of England.

Clarissa is a well-established recording artist and session singer deeply rooted in jazz, soul, pop and R&B. With an impressive range, tight dynamic control and a sultry tone, she pours her heart, soul and energy into every performance, whether rocking a stadium or smouldering away in a jazz club. When she isn’t touring the world with global sensations Crystal Fighters, or singing alongside amazing artists such as Laura Mvula, The Herbaliser and Lulu James (Gorgon City), you can find her recording for films, TV and major labels such as Sony Music. She is currently working on her debut EP to be launched in 2016.

The Clarissa Land Quartet band comprises a young, hot, energetic bunch of exciting and insanely talented session musicians from around the country who themselves play with the likes of Simply Red, Craig David, Blue and many others. All have trained at the UKs most prestigious conservatoires and are full-time professional musicians, with a professional attitude and manner. The group are close friends who have been playing together for years, and this comes across in their performances. The Clarissa Land Quartet is a fresh and exciting, newly-formed project that came about out of their shared love for the same music.

The band normally plays as a four piece of vocals, keys, bass and drums and all members sing backing vocals with tight, harmonic vocal arrangements for a really full sound. However, this can easily be pared down to a duo or ramped up to a full 6-piece party band with horns to pack out dance floors and get the party into full swing. The band regularly play at upscale London venues such as Quaglino’s, Sky Garden and 100 Wardour Street and are well-respected on London's music scene.

As a four-piece, the band are perfect for smaller spaces and events, upscale bars, cocktail clubs, evening soirees and background music. Add in a guitarist and a saxophonist for hard-hitting party anthems and a spectacular show perfect for weddings, birthday parties and bigger celebrations.

The band play a diverse mix of covers, focusing mainly on feel-good, sassy takes of eclectic pop with plenty of fun 90s and early naughties throw-backs, alongside much loved soul and R&B classics. The repertoire is fully adaptable to any event and the band can easily play anything that a client asks for.