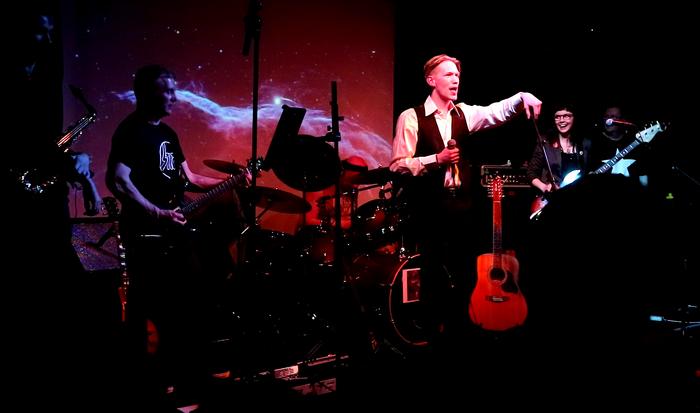 The Band That Fell To Earth

We've recently finished some recordings that you can find in the link below and are keen to expand on some successful gigs played earlier in 2019.

The band have a 7 piece band of very established and talented musicians comprising; keyboards/guitarist, drums/triggers, bass/vocalist, saxophone, backing vocalist, and lead guitarist and, at the helm, a young, dynamic and talented singer/guitarist. Our aim is to interpret and represent David Bowie's stunning and diverse musical discography, but not in an affected and staged manner. The band wants to do the music justice and believe it does, by playing Bowie's pieces as close as possible to his best live versions.

There is for example no representation of his character of Ziggy Stardust, only his songs and all the different periods of Bowie's lifetime, including his last album Blackstar. The main singer has one casual costume from the 2000's live versions and a natural similarity.