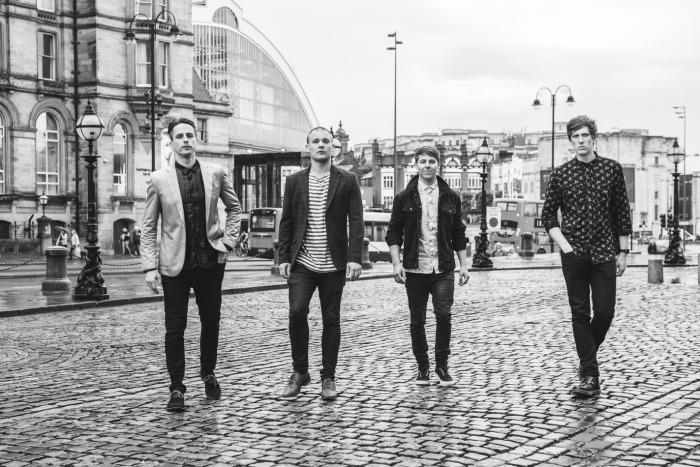 SUPERfreak are based in St. Helens and made up of musicians from Yorkshire and Lancashire. They play frequently in the North of England but are willing to travel anywhere in the country and regularly play in Cheshire, Lincolnshire, Nottinghamshire and Somerset.

SUPERfreak are a Northern-based band of incredible musicians led by a great looking, charismatic and highly energetic front man.

The band have been performing professionally for the past eight years. Earlier in their career they wowed the 25,000 strong crowd at Party In The Park and came in the top ten of E4’s urban sounds competition with support slots for Gareth Gates, Louise and Busted. They also provided entertainment for the Bradford Bulls Triple Crown homecoming game and played in front of thousands of people for Pulse FM when they switched on the Xmas lights in Bradford, Halifax and Huddersfield. More recently they have performed at Reading festival in the Kit-Kat Chunky tent, played at half-time at Doncaster Rovers football ground and various corporate events for clients such as Kenco, Cussons, Siemens mobile and Ginetta Racing.

The boys are all professional musicians and are well experienced at playing at weddings and functions keeping them busy all throughout the year with solid bookings. They are a goodtime party band and guarantee to get any audience off their seat with songs like Play That Funky Music, Superstition, Billie Jean, Rock Your Body, Don’t Stop Me Now, Hey Ya, Sex On Fire, Mr. Brightside and many, many more!

SUPERfreak are perfect for weddings, birthday parties and events. They are a favourite band of venues like Hogan's Of Hale, Knutsford Wine Bar, Bistro Live, Walkabouts, Bar Risa, Butlins Holiday Centres, Haven Holiday Parks and every wedding venues up and down the country. Their corporate clients include UKTV, Ginetta Racing, Call Credit Group, Doncaster Rovers, HSBC, Direct Line, PPL Events, Pulse FM, Siemens Mobile, Cussons, Kenco and many more. The guys have even played a wedding party at the top of the Gherkin in London's financial district!!

What a great night! We asked you to fill the dance floor, and boy, did you succeed! Everyone up on their feet for all 3 sets - brilliant! - and all of the feedback has been "best Christmas party ever". We will book SUPERfreak again!

What can I say guys?! What a night. Just brilliant and buzzing didn’t want it to end. Millions of thanks for all the effort you put into your performance. The new Mr & Mrs Welfare."

A huge thanks for last Saturday, everybody I've spoken to has said how great you guys were. There were even some people on the dance floor I would have never expected to see up and dancing but you even managed to get them up so well done. I never even noticed the power tripping out I was having such a good time so you disguised that well. Thanks again James, I hope to see you all again soon.