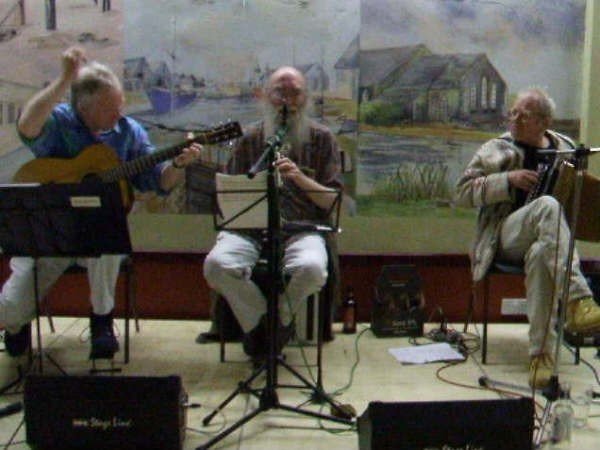 The band is based in Lancaster and frequently plays for dances across Lancashire, Cumbria and West Yorkshire. All members of the band are very happy to find excuses to travel further afield to play, so don't be deterred if you live outside our immediate area.

Moorgate is a traditional barn dance or ceilidh band based in Lancaster, UK. It plays a variety of music from the British Isles and elsewhere - including Irish, Welsh, Scottish, English, American and Scandinavian tunes - for dancers of all abilities and ages.

The band is available for weddings, functions, corporate events, private parties, ceilidhs, barn dances or any type of celebration.

Moorgate always comes complete with a caller, so you don't need to know the dances in advance but can have fun learning the steps on the night instead.

The band have been playing folk dance music for years (with The Ran Tan Band, Free Reed Band, Shake A Leg, One Foot In The Gutter, Slur et al.) so this is one belting-good ceilidh band and the music they play has strong melodies, subtle harmonies and traditional dance rhythms.

We generally cover the area of North West England – but we have been known to travel further afield.