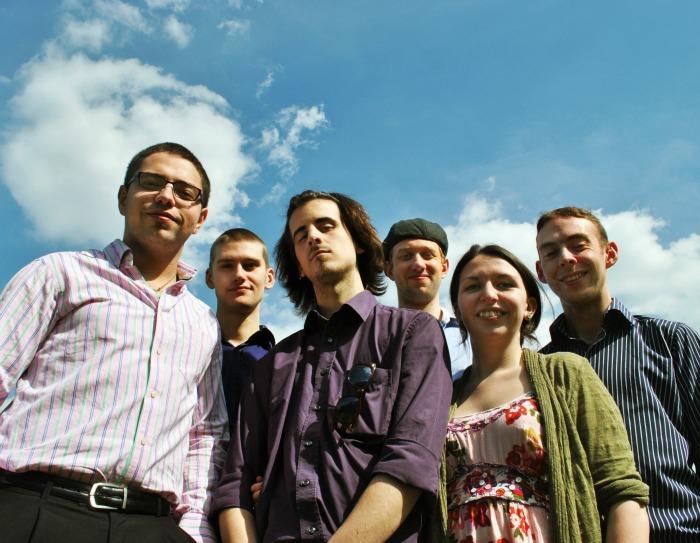 The Band are based in Leeds and frequently play across all of Yorkshire and regularly provide entertainment up and down the country.

Can't make up your mind between pop and jazz music? Don't know if you want an authentic live band or a DJ playing your favourite tunes? Have it all - have LindyPop! They guarantee that their unique jive and dixieland twists on pop tunes will be like nothing you have ever heard before.

LindyPop! are an exciting and original six-piece band based in Leeds. Steeped in tradition, the band brings jazz into the 21st century with exclusive arrangements of current chart music and your favourite classics. They are a well-rehearsed, highly experienced and totally self-contained unit that brings fun and energy to any occasion. And rest assured, they dress as authentically vintage as they play.

Members of the band have played for the Olympics, the BBC, the RSC and other high-profile clients, and have worked with The Enemy, Kenny Burrel, Bobby Shew, Jacqui Dankworth, Peter Maxwell Davies, The Animals, Alan Barnes, Ian Dixon, Mark Nightingale and many others.

Africa - Toto
Angels - Robbie Williams
Bad - Michael Jackson
Believe - Cher
Bohemian Rhapsody - Queen
Burning down the house - Talking Heads
Can't Stop/Californicfation/Under the Bridge - Red Hot Chili Peppers
Can't take my eyes off you - Frankie Valli
Clint Eastwood - Gorillaz
Common People - Pulp
Come on Eileen - Dexy's Midnight Runners
Don't Speak - No Doubt
Don't Stop me now - Queen
Easy - The Commodores
Hit Me Baby (One more time) - Britney Spears
If you're not the One - Daniel Beddingfield
I'm spinning around - Kylie Minogue
Is this love - Bob Marley
I Walk the Line - Johnny Cash
The King of the Swingers - The Jungle Book!
Last Nite - The Strokes
Life on Mars - David Bowie
Locked out of Heaven - Bruno Mars
Lose Yourself - Eminem
Lovecats - The Cure
Moves Like Jagger - Maroon 5
Moving - Supergrass
The Chain - Fleetwood Mac
The Scientist - Coldplay
Somebody that I used to know - Gotye
Somebody Told me - The Killers
Someone like you/Rolling in the deep - Adele
Sunny Afternoon - The Kinks
Take on me - A-ha
Wannabe/Say you'll be there/Mama - Spice Girls
Wonderwall - Oasis
You took the words right out of my mouth - Meatloaf