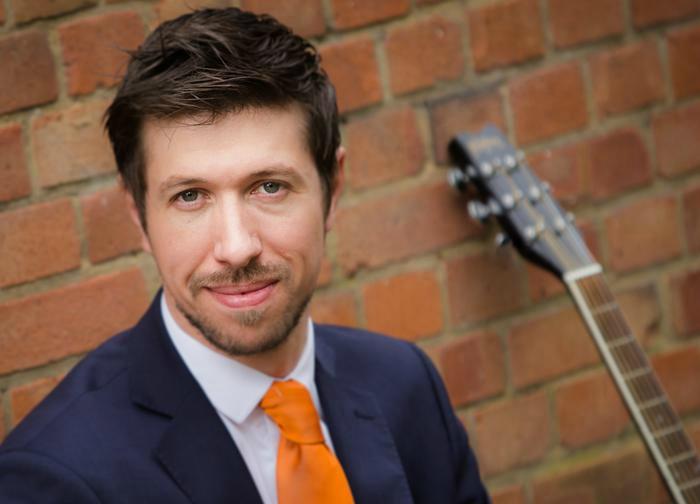 Kai is based in South East London and frequently plays across the whole of the Greater London area.

Kai Henderson is a pop and rock singer and guitarist based in London, originally hailing from the Highlands of Scotland. He has a wealth of international performance experience on stage, screen and radio, both as a musician and as an actor. What does this mean for your event? An unstoppable amount of energy, and a tried and tested set of classic and unexpected pop/rock hits, tailored to you and your guests, delivered with theatrical flair!

Kai equally loves performing in more formal settings such as wedding ceremonies and drinks receptions, as well as late-night parties where everyone can really let their hair down. With just a voice and a guitar, his performance will set the right mood for your event - whether that's a heartfelt rendition of Joni Mitchell's Case of You or a full-on rock assault of Foo Fighters' Best of You! All other elements of the performance are considered to make it the right one for you - sharp suit and tie? Sorted. Baggy jeans and Metallica t-shirt? No problem.

In addition to his performances at weddings, parties and private events, Kai also performs regularly across London with ensembles such as Albert's Band, the house band of the Royal Albert Hall. He features at other iconic venues such as the Phoenix Artist Club and London's Hard Rock Cafe. He recently toured the UK and Europe for 2 years with the world's longest-running tribute show of its kind, "Buddy Holly and The Cricketers".