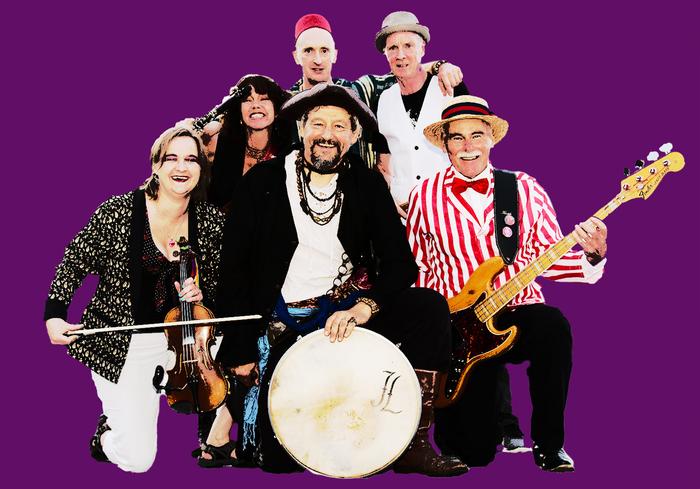 The band is based in Falmouth but play across the South West of England, West Midlands and Wales primarily although can travel further afield.

Jonah's Lift are a 6 piece energetic and engaging band from Falmouth, well known for unusual musical arrangements and entertaining stage performance. Primarily they play a lively collection of rocked-up folk numbers, as well as the occasional folked-up (be careful how you say that!) classic rock ballad.

Then throw in a selection of quirky world folk pieces with their own characteristic non-European rhythm and style.

Finally add in a handful of original tunes and you start to get the picture.

They can also offer a Ceilidh option which is not too serious and is a lot of fun. It's a very popular option when they play at Weddings. Consisting of more or less their normal two sets of music, there are 3 "called" dances in each set as they've found from experience that that is the best format.